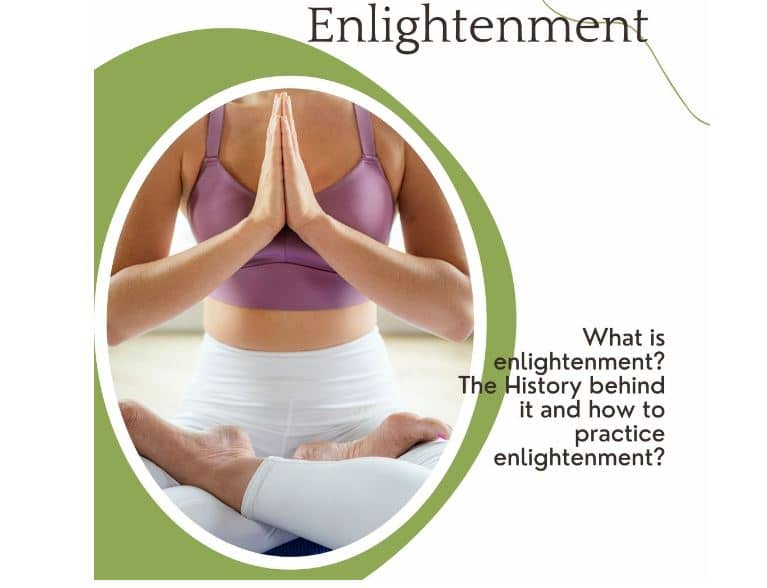 It is the process where one gets knowledge, and his consciousness becomes mature. As we first introduced enlightenment, it is very vast. Looking at it the very concept of enlightenment may be very flexible. Its definition differs and is limited in which context it is talking about and it certainly also depend upon the type of religion. How to practice enlightenment  is a religious and psychological type question rather than a scientific one.

For such a flexible field the equation is further complicated because each person is unique from one another. The path that works for one may not work for the other. While the destination is enlightenment, and the question is how to practice enlightenment? The path varies in huge amounts. It may be unique to everyone. The religion, ancient texts provide some guidelines, but the path needs to be founded by oneself and completed by oneself.

How to practice enlightenment by Buddhism

Buddhism is said to be started by Lord Buddha. Buddha is not the name of the individual given at birth, it is the post or level one reaches after the soul becomes enlightened. It is believed that there had been many reincarnations of Lord Buddha throughout history in various places of the earth. In all his life his goal was to achieve enlighten and teach people how to practice enlightenment?

The last birth of Buddha is said to be in Nepal 2500 years ago. He was born as a prince of Kapilvastu. His father was King Suddhodhan and queen Mayadevi. The name of Lord Buddha during birth was Siddharta. He was about to be the king of the kingdom. He was married to a beautiful princess Yasodhara and had a beautiful con with her Rahul.

His life was perfect, people were happy with him as he was an extremely capable person who could perfectly lead their kingdom and will be able to give a better life to them. Everyone was happy with the prince his family and his people. However, the only one that was not satisfied with himself was the prince himself. He wanted to know more about life and wanted to achieve something that would satisfy him from the inside.

One night secretly the prince left the kingdom to know how to practice enlightenment. He traveled many times met new people. Amassed the knowledge and practiced himself. The prince asked the sages he could find about how to find true happiness, how to practice enlightenment. However, nobody could tell him an exact answer to his question. They all provided the answer within their capacity and knowledge. But, to him, it was never enough, nor he was satisfied with the answer.

Siddhartha was now on the way to find the answer by himself. He started to try various things and started to meditate in search of enlightenment. Many years passed like that, the man who was prince once was unrecognizable anymore.

One day he was meditating under the Bodhi tree. He was far away from his kingdom; he was not the man he was anymore; he has been practicing meditation for long time and the path of right oughtness for years. Then he became enlightened sitting under the tree and meditating. Then in that instance prince, Siddharta became Lord Buddha.

Lord Buddha after achieving enlightenment started spreading the knowledge to others. In time he had many disciples who followed him to the path of it. Lord buddha traveled from one place to another, helping people who were lost and wanted to go to the light of enlightenment. The followers of Buddha in time were called Buddhist and walked in the path of Non-violence and peace. The teaching of Buddha remains after he has long left the earth.

The Buddhists follow the noble eightfold path to reach enlightenment.

The eight paths as per Buddhism is the answer to the question of how to practice enlightenment:

Right view: The ability to see the right in everything.

Right intention: To have a pure and noble intention, that is good for everyone.

Right speech: To always speak the truth, and to not lie to anyone ever.

Right Action: The path of non-violence and peace.

Right Livelihood: Only to possess what is necessary to live and not owning anything other.

Right effort: Having the right determination to achieve enlightenment.

Right mindfulness: Being true to the Dharma and always following it.

Right samadhi: Achieve enlightenment through the way of meditation

These are the eightfold ways that get one enlightenment. As per Buddhism when one follows all these paths for years without doubting them and placing control over the heart and mind with the powerful desire to achieve enlightenment, It is born through them. Many following the teachings of Lord Buddha have achieved enlightenment.

How to practice enlightenment by Hinduism

Hinduism is a very vast religion. Hinduism is said to be the oldest religion that is present in the world today. There is no exact evidence that who or when started the religion of Hinduism. As the Hindu texts and scriptures explain the time is divided into the four Yug’s and now we are in Kal Yug The three have already passed and we are currently living in the last of them.

As per Hinduism, the same religion was followed in the previous three Yug’s and the same gods and goddesses were worshipped in the same manner. If we were to tell how old Hinduism is based on its scriptures and stories then Hinduism is as old as when the first humans were created. The first human was created by the creator Brahma and since the first humans, they started worshipping the gods.

Hinduism is a recent name that was given by the foreign people who visited the Indian subcontinent in the past. When they arrived the people, who were living on the bank of the Indus River followed this religion so they in time called Hindus and religion Hinduism.

The original name of Hinduism is called the Sanatana Dharma, as told by the ancient peoples who followed it. Hinduism or Sanatan Dharma is a very vast field, so vast that one who has just immersed in the topic can find it overwhelming. They may not be able to keep with the name of Gods and Goddess as there are thousands.

Moreover, some gods have multiple incarnations and even have hundreds of names. So, let Set aside most of Hinduism and focus on the enlightenment and how Hinduism answers how to practice enlightenment.

Hinduism is so vast that there are multiple answers to the question of how to practice enlightenment. There may be many ways to achieve enlightenment, the goal of all the ways remains the same. In the end, the soul becomes one with the universe and has a cosmic presence.

In the past according to Hinduism, before Kaliyuga and the start of time people had a different approach to how to practice enlightenment. The sages who wanted the answer to how to practice enlightenment would go into deep meditation. They would be so deep into the meditation that they would even no know how much time had passed and what is happening in the world. They would only focus on themselves and their meditation.

During this, they are focusing their mind on a single point be it a mantra or the name of the deity. This keeps on increasing the tapobal of the individual. Tapobal is the power accumulated by Tapasya or meditation for a long time. When enough power was collected by meditation and dhyana either they become self-enlightened or the deity they were chanting the mantra comes and makes them enlightened.

The ones who were the incarnation of the gods or blessed by the gods did not have to go through this process. They did not meditate long to find how to practice enlightenment. They were already enlightened when they were born. Lord Krishna, Lord Ram, are some examples of this. When they arrived in this world, they already knew how to practice enlightenment and were enlightened. They knew their true goal, the cosmic knowledge, their dharma, and all things that make one truly enlightened.

They were also the ones who taught how to practice enlightenment to the world. Lord Krishna was the one who showed the path of enlightenment to Arjuna. In the battle of Mahabharata when Arjuna was hesitant to enter the battle Lord Krishna enlightened him. According to Lord Krishna, he was as much made of flesh as Arjuna, his body was born, and it will die. So, what was the difference between Arjuna and Krishna? The difference was that Krishna was the enlightened soul while Arjuna was not.

By following the way of Dharma, doing one Karma no matter how hard it is, not doing the work of Adharma, living for the welfare of others, helping the one in need, controlling the desires, mind, and heart, meditation and trying to know the soul and spiritual world instead of the physical world gets one to the path of enlightenment. This all is knowledge given to Arjun by Lord Krishna which today know as Geeta.

Hinduism also describes another way to the question of how to practice enlightenment? Described by Lord Shiva himself it is the way of yoga and life of a yogi. Described in the book like, Shiva Shamita, Gahendra Shimata yoga is the way to attain enlightenment. It is believed that yoga was invented by Adi yogi who was Mahadev.

The core of yoga is much different from what we know and practice today. When one knows and follows the rules of yoga described by Mahadev in Shiva Shamita they will have the powers like God? They will have unbelievable strength, the ability to fly, and many more which seems like magic to an average human.

This still is not the end goal of yoga. This is what happens mid-way still the yogi will have a long way to go. The end of yogic knowledge is samadhi itself. Samadhi is also known as moksha or enlightenment. Samadhi is the final yogic step where one completely detaches himself from the world and gets connected with the para-Brahma or the eternal god.

The samadhi cannot be achieved by everyone, one who can master the true essence of yoga and uncover the secrets of yoga can only move through the steps to samadhi. Yogi spent many years trying to reach the level of samadhi but cannot. With great determination and time yogi reach and achieve samadhi.

There are also other ways in Hinduism described that give enlightenment. Hinduism is very vast and there are many subdivisions within it. They all describe the ways by which enlightenment can be achieved. Whatever path may be the ultimate goal is to awaken the soul and connect to the universe itself.