Mostly the newbies are oblivion about the different forms of yoga. Due to the some variations, they differ in their names, which makes people a little bit confused at the beginning to remember their names and poses. Some common yet important form of yoga are General Yoga, Yoga Flow, Hatha Yoga, Intermediate Yoga, Iyengar Yoga, Power Yoga, Ashtanga Yoga, Restorative Yoga, Yin Yoga etc. We provide Power yoga retreat in Nepal which more focus on Power yoga combined with hatha yoga.

If we travel back to the history, we can see that the inception of Power Yoga kicked off by Beryl Bender Birch. However, in fact, the power yoga retreat is more rigorous and fitness based than any form of yoga. The unique benefit of power yoga is it builds up internal heat, helps to strengthen muscles, develop flexibility, and increases the stamina of the human body as well as develops the flexibility of the body, which overall helps to make the body stalwart and healthy mind.

Power yoga is mostly focused on the body whereas other forms of yoga is focused on overall different parts of the body. If we compare power yoga with its nearest neighbour of yoga i.e. vinyasa, we can find that power yoga is more focused on making the body sturdy whereas vinyasa yoga is more focused on the breathe, and a little bit on the body. In Power yoga retreat, workout flows include fewer poses held for longer periods, as opposed to vinyasa yoga, which often has more poses held for shorter periods.

What is the aims and objectives of Power Yoga Retreat?

The main objective of Power Yoga retreat is to buttress the benevolent and purge out the malevolent. In a bid to practice such, we have to become fully aware and become enlightened of our mind, body and soul. As most of the people, feels that their awareness is shifting constantly and not concentrated on the single point for the longer period. To empower and disempower the state of mind we have various choices, we become what we choose. Power Yoga is a by-product of this evolution of yoga. 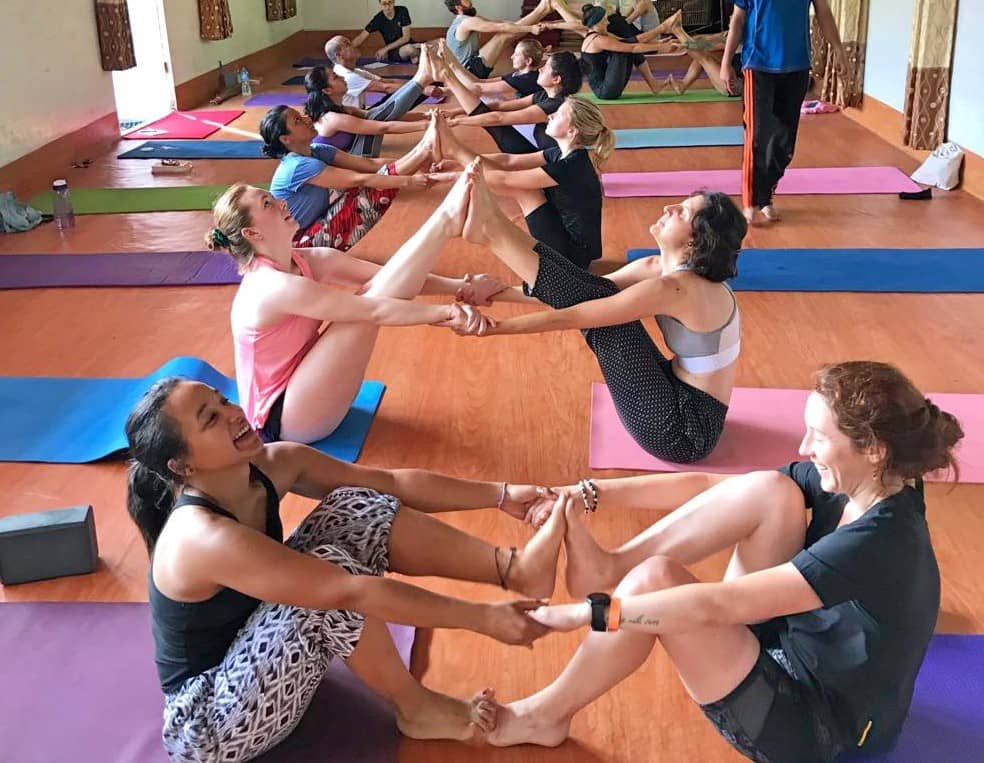 Yoga aids in both physical and mental benefits. Power yoga Retreat helps to increase the intensity and stimulate the higher value with the main advantages illustrated in the following paragraphs:

The muscles power is stimulated by practicing power yoga retreat. The muscle strengths are enhanced by directing through the rigorous movements of the body. As the session includes the rigours full body workout, targeting not only the single muscle, but to the whole muscles groups.

Many practioners has found that the weight loss increased by multitudes by practicing power yoga retreat. By involving, own self in the power yoga, the unnecessary calories are burned and weight is lost significantly. Furthermore, muscle training can subdue the unnecessary fats deposited in the body.

The lethargic condition causes inflexibility and give rise to umpteen of problems in the motion of the joints. By practicing workouts, we tend to make our muscles strong, offering the joints to hold to some extent. By practicing power yoga retreat in Nepal, the flexibility is increased and improve the aerobic performance of the body. Increase in the flexibility furthermore, lessen the likelihood of injury and improve the balance of the body.

The word yoga has a meaning to connect, the connection between mind, body and soul. The practice of power yoga has consistently shown to hold the boundless value in boasting the chi of human body. If we have proper mentality, then it is obvious that our mood and mentality is also improved.

6. Decrease in the Mental Disorders

In the 21st century there are many cases where many people are suffering from mental disorders. Yoga helps to decrease the metal disorder like anxiety, stress and other psychology problems like Posttraumatic disorder, depression, and schizophrenia.

Here is the simple class structure of whole day of our 1 week Power yoga retreat,

You need not to worry about your food and accommodation. Our retreat program includes a healthy vegetarian meal, nice accommodation as well.