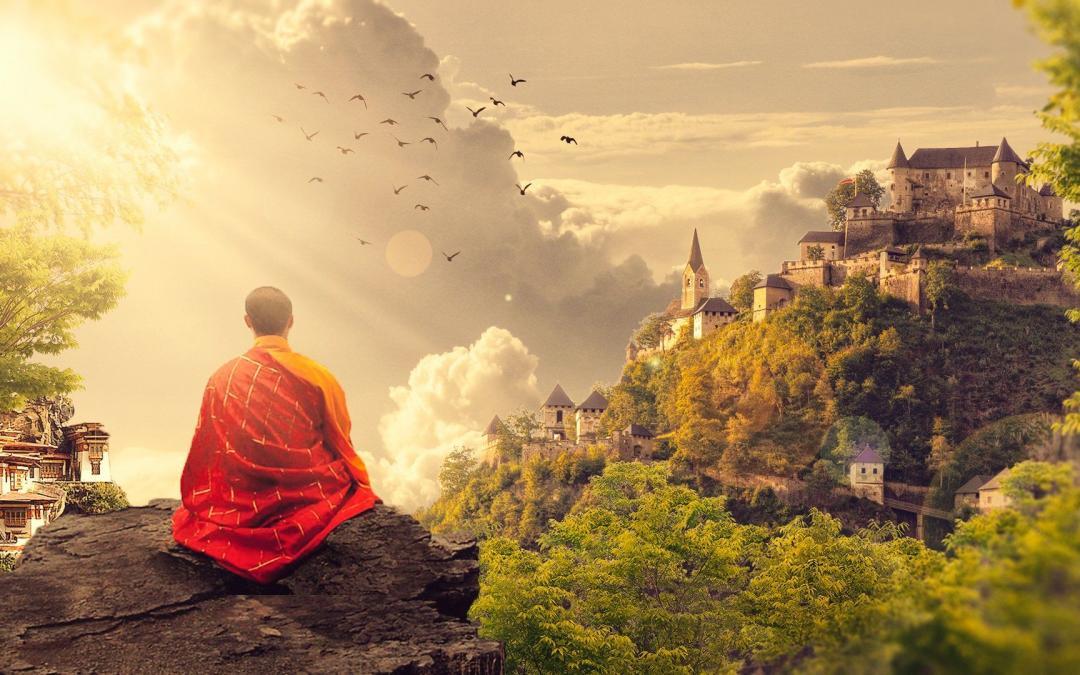 Buddhism is a concept of the religion founded by Gautam Buddha. It is not only a religious belief but also a spiritual practice and spiritual tradition. 7 percent of the people of the world are Buddhist. Buddha was born in Lumbini, Nepal, 563 BC. He got enlightened and started to spread the message of peace to the most of the Asian countries so he is called as the ambassador of peace of Asia. 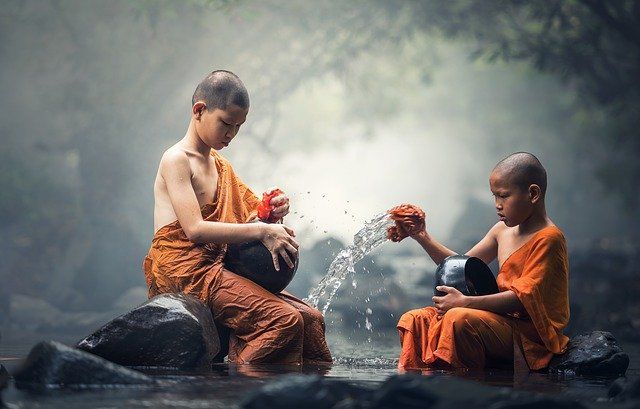 The main philosophy of Buddhism can be categorized into three parts. They are four noble truths, eightfold paths, and Pancasila. The Buddhist philosophy is written in three Tripitakas. Three Tripitakas are:

Here are the four noble truths of Buddha: 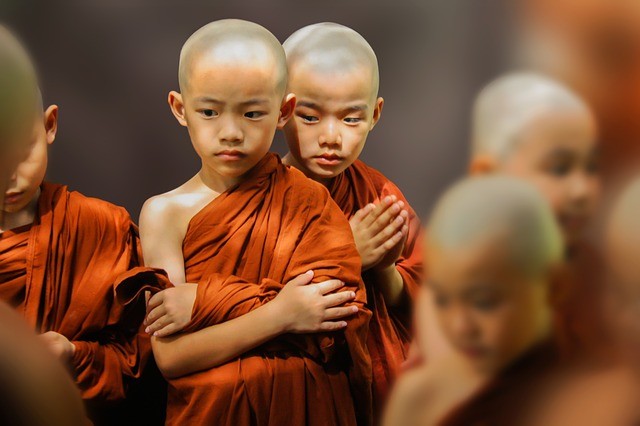 Right View:  View means the attitude. We have to see anything that that thing is real. In a simple way, we see what we want to see. We don’t have to judge anything by our perspective. We think that death is the end of our life, which is the main cause of the fear in our life. Fear creates suffering. We have to know everything in their real existence.

Right Resolution: This is the second step of the eightfold path. In this step, we take the right resolution of our mental development. We take firm determination to love all the being of the world. We focus on being polite to others and to be sincere when we behave with others. 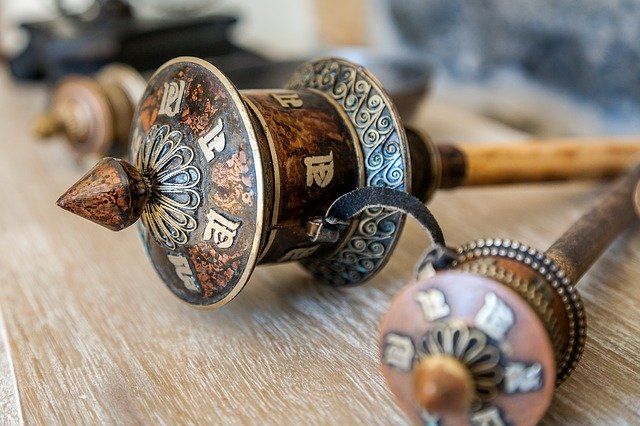 Different branches of Buddhism are as follows:

Mahayana:  It believes that the scripture should be changed by the time. It focuses that we all have the possibility to be enlightened in our life.

Vajrayana:  Vajrayana is thebranch of Buddhism which believes in Tantra. Tibetan Buddhism is in this category. We have to start our spiritual practice with a much matured Guru. 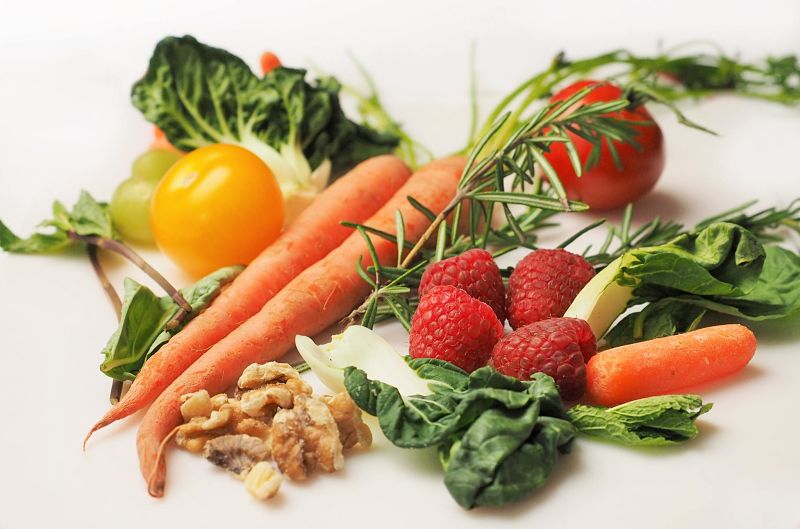 Is veganism reasonable? Vegan vs non-vegan Logics on food

Veganism is the practice of abandoning meat, fish, insects and animal products like milk and milk products, eggs, honey etc. including the lifestyle which strictly prohibits the use of any kind of animal products and services that are rooted on the suction of animals. Vegan avoids the products like leather and any tested on animals.  The question arises- vegan life is better or non-vegan life is better. There are an unsolvable issue and vast debate on this topic. Vegan people advocates in favor of veganism and non-vegan oppose the veganism concept.

Let us observe the logic of non-vegan people

However, some of the non-vegan says that veganism is a perfect way of life but to lead such life is not easy for all. There are some other logics regarding food. One needs to eat that kind of food to which the body is designed for. Food should not be the matter of religion, philosophy or ‘ism’ or philosophy. But harming other is ethically wrong, socially wrong and scientifically wrong.

Some think that there is no right or wrong way of eating, everyone is so different- cultures different, geography different, mentality different, the body’s different, due to medical reason, you may have to take various types of food. So, one must know the right food for him.

According to Sadaguru- Food is for the body, it goes through the human system, and has to become a part of a human system. It has to be unified with your body to become you. The food having a very complex sense of memory and information reduce the ability of the body to digest and make the food into own part. Animals, as they are having a complicated sense of memory, should not be eaten. You should never consume animal because it is very identical to you; its memory is complex which cannot be broken down 100%.  In another part of it arrear, successively the animal’s traits develop through our system, and unwittingly and unknowingly this things display in expression. People get angry, stress, mindlessness etc. Among different factors, the food we are consuming is the main reason for this. If you eat plant product, a simple memory code or the genetic code, it is very ingenious. It means, in the evolutionary scale whatever is the farthest away from you that is what you need to eat. So, only the food with the simplest memory code is fit to consume. It is easy to break down and make a part of yourself.  We can detect suitable food for us observing various parameter in the body- the length of the elementary channel, how things happen in the system etc. If you look inwards at all this vividly you can identify what the wants, and for what it is designed. You ought not to ask to doctor, a guru, or a nutritionist what you should eat and what you should not eat. You simply ask your body. What to eat- how to eat -how much to eat. You eat something, look how fast the food ruses out of your abdomen back into the intestine. If it is moving within 2.5 hours, if everything is passed out, that is suitable to eat. If it lingers on 4-6 hours or even more like that of meat- not good to eat.

An animal which shows emotion, similar with or close to human emotion, has certainly exalted memory. If such animals are consumed, that will not integrate itself and that animal nature start revealing in the nature of the consumer. Some animals are really great and worshipful by nature. If an elephant sees- a tiger hunting buffalo, elephant saves the buffalo. If you drown to sea, and if a dolphin finds you, it will take you out of the water. It shows that the animals have higher sense. If something wrong is going on with you or you have some suffering, cow knows it even if you are not near to it- the cow of especially your house, hear about your house starts tearing for you. It wishes for your good. So, if animals are killed, it is like a murder of a human.