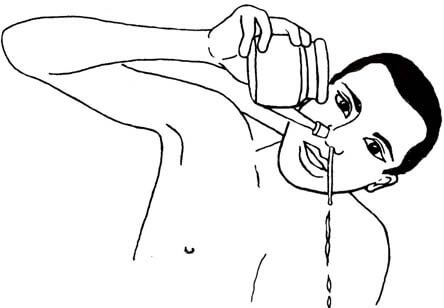 Yoga is the set of ancient techniques, postures and activities that are done is perfect harmony to gain the numerous benefits. Yoga therapy has been used and will be used for the hundreds of years. Yoga due to its massive benefits in the body and mind makes one of the most do activities in people’s lives. Yoga therapy, can be used for various therapeutic purposes and yields the prominent results.

Yoga therapy, is the use of the combination of various yoga methods to enhance the healing. All techniques, methods and forms of yoga are for the healing purposes there in no doubt in that. However, Yoga therapy even selects the handful among the various style and balances them in the perfect harmony to maximize the results and benefits.

The history of Yoga

Mahadev in his Aadi yogi form created yoga and then distributed its knowledge to the human beings. He explained yoga in the true and godly form. At first due to meditation and Dhyan he formed the yogic principles and mastered it.

There were people who watched Mahadev as he performed yoga meditation and other yogic activities. They asked Mahadev to teach them whatever he is doing. However, Lord Shiva refused them straight forward. With the disapproval and harsh rejection, some got sad and decided to go back to their daily activities.

Time and time passed, more people who wanted to learn the mystic arts started to give up and return to their livelihood.  Like these years passed still Shiva refused to teach them, more gave up and left. After a long time only seven reman. Instead of convincing Shiva they themself started to meditate and never gave up.

Lord Shiva now was very impressed with their dedication and decided to teach them what he had discovered. The seven people became the seven celestial sages (Saptarishi), and were taught by shiva himself. Then Shiva ordered the celestial sages to disperse the knowledge to the world. According to legend that’s how humans got the eternal knowledge of Yoga.

Nowadays, yoga is used for physical and mental well-being. However, as per Mahaddev stated in Shiva Shamita and Gheranda Shamita, the true yogi who had mastered the yoga in the purest for will achieve God like abilities. Their body will stop ageing, fire cannot burn them, nature indulges to their commands etc. These are some of the feats of yoga as per Mahadev.

What is Yoga therapy?

When people started to see the massive benefits of yoga. Various people got the idea to use the yoga for the therapeutic purposes. They did the research, innovated various methods, looked at the ancient methods and came with the curriculum to use yoga as therapy.

What does yoga therapy consist of?

Yoga therapy is the combination of various techniques and methods. Some of the basic constituents of the yoga therapy are as follows:

Meditation is the founding pillar of yoga therapy. Meditation not only in yoga and yoga therapy, but also is individually used to achieve many things. Primarily meditation in the ancient time was mostly used by the yogis and sages to enhance and increase their spirituality.

Meditation is a method where one tries to enhance the concentration and focus of their mind by restricting the movement of their bodies. Meditation is mostly done by the peoples who are losing focus in their lives. Who are unable to handle the turmoil of life and want their mind and soul to find rest.

If a person is going through this meditation is the thing that will provide the rest, he/she seeks. The true nature of meditation is healing. It heals the mind, soul as well as the physical body of the person who tries it. Yoga therapy always include meditation in it due to its very healing properties.

If you have a yoga therapist who will guide you through the process of meditation that is the best scenario. However, if you do not have access to them or do not have enough time to go there. Then also there is no need to worry as meditation is the thing that you can do yourself. Little bit of research, little bit of reading the books, a bit internet searching and a few quite space is all you need to practice meditation.

Air is the life in all of the living beings. Without air we cannot even survive few minutes. While other elements also have their huge role in life, however none has active role as air. If a person is circulating air, he/she is alive if not they are not. Breathing techniques in yoga uses various technique to manipulate the air element that you intake in our body.

Breathing technique is a vital element of the yoga therapy. Breathing therapy uses many posture and breath exercises to manipulate the air element. It can be used to enhance the immunity of the body, increase the strength of the body, to get rid of the respiratory problems and many more. There is a complete set of breathing exercise that can be used for various therapeutic purposes. The techniques are fairly simple and easy to perform, anybody with little research can do it properly.

When we think and visualize yoga, we think some of the yoga poses and postures. Postures and poses are the core principle of yoga and yoga therapy. For every technique in yoga there is unique pose. Even for meditation and breathing there is a unique pose. Yoga in its origin alone had thousands of poses and techniques. Now, after the hundreds of years due to diversification the types techniques are further increasing. Yoga has a distinct pose, posture and technique for every goal.

It is nearly impossible to try out and do every pose there is to yoga. One must set their goal and think what they expect from yoga, then only move towards it. Yoga therapy does the same, first it looks what your goal is analyzes it and find the best posture for you.

Combination of one or more of the above techniques

Alone also the above-mentioned techniques are remarkably effective and best in their own way. However, yoga therapy in need combines some or all the technique to achieve the desired output. The yoga therapist had researched and studied, here he/she will find the perfect balance routine foy you. There are many types of yoga originals and classic. The books contain the knowledge from thousands of years ago. The books and scriptures many more than what we can grasp.

Furthermore, in time the diversification and arise of the many yoga gurus gave birth to further more techniques. One without depth knowledge if steps into that knowledge, they will be lost in the loop. This will further deviate them from their goal and what they seek from yoga.

This is where yoga therapy and yoga therapist come into play. They with their knowledge in yoga and yoga therapy, translates the yoga world for us. Yoga therapy pick outs the best among the breathing techniques, postures and provides them to you.

Healthy body is the ultimate wish of each and every living being. Their physical body is the medium through which they perceive the world. Everybody wants a healthy body but only some have the courage to continuously do what needs to be done for a healthy body. Among many things that give you healthy body, yoga stands among the top most. Yoga and yoga therapy tones the muscles of the body. Moreover, it uses the thousand years of accumulated knowledge to help peoples take care of body.

Yoga techniques and yoga therapy is also backed by the science and its research. If you are willing to follow the rules of yoga and practice them. Then you will have the healthy body that you desire.

Mind is the organ which control and uses our body according to its needs. In a sense we are more mind than our body. In the stressful situation and tension, our mind loses focus and its efficiency. The effect of weakened mind can be directly seen in our body.

Digestion and food intake is the way we produce energy within our body. Air and other medium also provides energy to us but food is the biggest source. Food intake is not only enough to ensure the proper functioning of the body. After getting healthy food the role of digestion comes into play. Improper digestion and unhealthy metabolism are the source of the many problems.

Sleep is one of the most important things that living beings need to have in order to operate properly. Sleep is the period where body refills its energy and breaks down the food and other activities. Lack of sleep, unable to sleep due to stress are some of the common problems of the people today. Yoga and yoga therapy makes the mind clam and stress free to aid for better and long sleep cycle. There are various drugs in the market that induces sleep.

However, these are the temporary solution and can have long term impact on the body. Long time dependent on them reduces the ability of the body to into sleep naturally. Yoga therapy, naturally resets the system of the body where it can go into the sleep without any problems. It is the best and long-term solution. If stress and tension are the source of sleeplessness it also helps to manage the stress.

People in this competitive and busy world are losing their inner confidence. Due to the social media people subconsciously compare them with other and get into depression. The platform that was invented and designed to connect us is giving self-worth problems to us.

Yoga therapy also helps you to gain back the confidence that you lost. Yoga practice helps the person to get their mind and courage back on track. When one has improved confidence, they can achieve many things in their lives.

There are some conditions in which a foreign body do not enter the human body to cause the disease. Certain condition and weakness create a situation which acts like a disease. Irregular mensuration, hemorrhoids, piles, migraine are some of these conditions.

Yoga and yoga therapy aids you to overcome these also. These are sets of yoga specifically for these conditions. They will better the situation, and relive the condition with continuous effort.