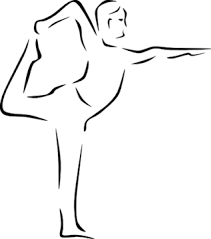 The set of poses, postures, breathing patterns, meditations used to attain a specific goal either be healing or liberating is called yoga. If you ask different yoga practicing people what is yoga to you? Certainly, you will have various answers.

Yoga techniques were developed thousands of years ago. From the period of creation yoga with its diverse methods and techniques had been used for various purposes. As time passed people started modifying and creating own unique forms and methods. With this formulation the scope of yoga was further widened.

Yoga for self-realization has three steps. They are:

Gyaan in Sanskrit means knowledge. First step of yoga for self-realization is through knowledge and self-awareness. One cannot achieve self-realization without amassing massive knowledge. The Gyan marga is the step where one questions everything and tries to find the answers. Who I am? What am I doing here? What is my purpose here? What is this world? Are some of the questions asked by the one who walks on the Gyan path? The one who walks gyan marga knows what is real and what is illusion in this world. These are the questions asked by the individual to himself who is having yoga for self-realization.

Karma means action in Sanskrit. The second step of yoga for self-realization is through action and work. After gaining knowledge one must be inclined towards work and action. One who is in Karma path in Yoga for self-realization must take their selflessly. Their action should be righteous and should be according to dharma. They must focus on their work or karma without the fear or greed of outcome.

Bhakti means devotion in Sanskrit. The third step of yoga for self-realization is through devotion. The actual meaning of bhakti yoga is devotion to a god or deity. However, if you are an atheist and have a problem with devoting yourself to god. If that is the case you can devote yourself to your belief, work or even to your parents. The main motive of bhakti is acknowledging something or someone to have higher authority than oneself. Its main motive is to control oneself is they themself are going out of their desired tracks.

The path of yoga for self-realization is also aided by some yoga postures. Some of them are:

In warrior I pose the legs are wide spread and strongly steadied in the place. Then the hand is stretched in namaste pose above the head. Then the head is tilted in the upward position looking the sky. The powerful base encourages strong determination and boosts confidence.

It is the meditation pose. In this pose you sit on a flat and comfortable surface crossing your legs. Then stretching your hand to the same side of lap and letting it relax there. Then all you need to do is relax or chant mantras like “Om.” This pose provides relax to mind and soul. It helps to see the surrounding in a more straightforward way. Everyone who is aiming yoga for self-realization practices Dhyan asana.

To perform the head stand/ sirsasana pose one need to be in noticeably clear and active through both mind and body. This pose is done by inverting your body I.e., head to the ground and legs in the air. The head is grasped by both palms and both elbow acts as the support to the head.
This pose is known to boost your thinking capacity. If you are thinking yoga for self-realization headstand pose is for you.