Significance of Chanting Beej mantra and its effects 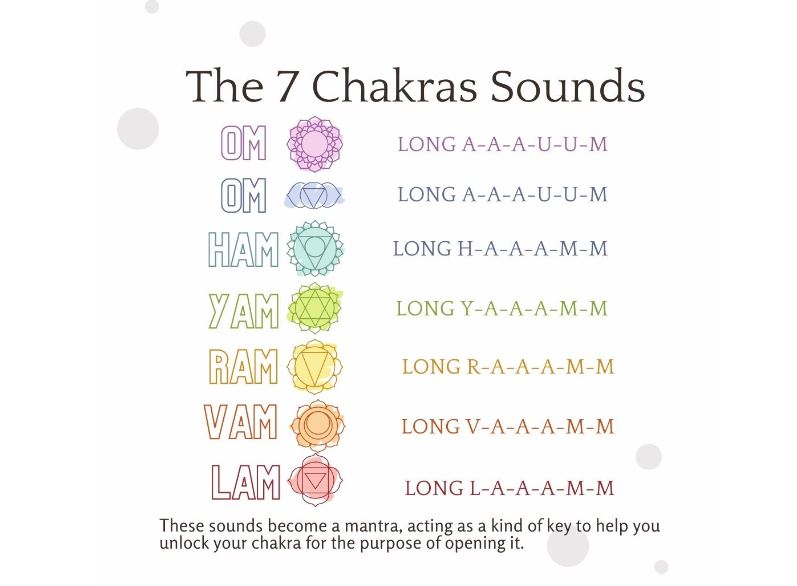 Significance of Chanting Beej mantra and its effects

Mantras are the sacred texts, words, syllable that are written in holy texts and have been chanted from ancient times. Mantras are of diverse types with each of them having different characters. There are many some praise gods and goddess, some are for planets, and some are even for the chakras in the body. Some are exceptionally long; some are short and some are limited to single word. The single word mantra is called the Beej mantra.

By Chanting Beej mantra one can get the essence of deity itself. The mantra is condensed to a core form with its purest form and highest density of power. Chanting of Beej mantra for some objective is or for deity pleasing has been done for thousands of years.

Mantra are generally chanted to praise or please the deity or elements to grant the desired boon or favorable situation. In the world with so many people some believe in those chanting’s and keep on doing that, while some do not believe in them. Either by the intervention of cosmic deity or by the confidence granted by the chanting, mantras work in mysterious ways.

Beej when translated into English from Sanskrit is seed. Like with the plants seed is its most potent part, an extension of all of the existence of plant into a little mass. We cannot call seed a whole tree as, tree is ridiculously huge has leaves, bark roots on the other hand seed in small and insignificant compared to the tree. However, looking from another perspective a tree needs to grow be mature, spend years under the sky day and night just to be able to produce seed. Withstand numerous pressures, storm absorb, amassing nutrients just to be able to be produce seeds. A seed is a plant, it is the core of life that the plant passes.

Seed is the core of the plant, likewise Beej mantra is the core mantra of the deity with greatest spiritual powers. The massive mantras, texts are drawn miniaturized, condensed into few words or a single word. The words represent the whole texts, mantras and possess same amount of spiritual capacity. By Chanting Beej mantra of the specific deity one can impress them and get the required boon as well as boost their spirituality.

Beej mantra necessarily cannot be translated into anything. They do not mean any object, does not praise the deity but is the deity itself in the sound form. The immense power bestowed in just their chanting, the miracles they perform, how they work in the unseen ways, how they go beyond comprehension it is all because of that very reason.

Root chakra strengthens our base and keep us linked to the earth. As we know earth is the mother of all the living beings living here and source of the energy within all of us. Our root charka is the chakra that connects it with it, so for our wellbeing the chakra always needs to be unblocked and steady. Spine, legs, feet are the organs in our body that acts as the core for the root chakra.
By Chanting Beej mantra Lam the root energy gets higher and balanced more than ever.

Beej mantra is one crucial element to enhance the root energy. However, other factors can also improve the root chakra in your body. Yoga, leg exercise, meditation, any ground activities along with Beej mantra can immensely enhance your root chakra.

By Chanting Beej mantra Lam one can do following things in their lives:
– Financial well being
-High self-esteem is also aided to gain by Lam Beej mantra
– Physical well-being and safety of the body
-Ability to turn dream and goal into reality
-Ahead in career and economic stability

Vam is the Beej mantra of the Sacral chakra. When Vam is chanted the saracal chakra is cleansed in your body. Vam like another Beej mantra does not mean anything and cannot be translated into anything. It is Lord Varun in the sound form itself. In Hindu culture Lord Varrun is the water element in the universe. Everything water in the world from seas to ocean, lakes to river everything is Varun. When Vam is chanted lord Varrun is pleased and Sacral chakra is cleansed.

The symbol of Vam or sacra chakra is crescent moon with white lotus made of six orange petals. This chakra is located between the navel and base of spine.

Chanting Beej mantra of Vam, one can gain many things in life. Vam Beej mantra has connection with various aspects in human life.
By Chanting Beej mantra Vam one can gain following things:
– Heal Sacral center physically as well as spiritually
– Embrace the change in life and nature
– Open up to others and provide confidence
– Enhance creativity in a person
– Improve the sexual life of the chanter
– Vam is also chanted by yogis to achieve deep meditation

When Ram is chanted to awaken the solar plexus chakra various changes goes in you and your surroundings. It is not just mantra but a Beej mantra, it does not praise the god but is the deity itself in the sound form.

Chanting Beej mantra Ram, one can do various things.

Following are the changes that occur when solar plexus chakra is activated by Chanting Beej mantra ram:
– Gives power and strength
– Enhances personal power
– Extinguish negative emotion and thoughts
– Boost’s confidence and self-reliability
– Provides freedom of choice and ability to stand for yourself in any situation

The fourth Beej mantra in the list is Yam. Yam is the Beej mantra of Heart. Heart becomes strong when the heart chakra is activated. One can easily activate the heart chakra by chanting Yam. The symbol of Yam is lotus with twelve green petals within which there are two triangles intersecting each other forming a star. The fourth chakra or heart chakra is symbolized by the green color, however sometimes pink is also used.

Yam is located at the center of the seven main chakra. It is located at the chest behind the sternum. Among other chakras Yam is special in a sense that heart chakra is the place where your physical body and spiritual body meets.

Following are changes that can occur through activating heart chakra and Chanting Beej mantra Yam:

By Chanting Beej mantra Ham one can activate their throat chakra. Throat chakra is the fifth chakra among the seven important chakras in the body. The symbol of Ham is depicted as the lotus with sixteen petals, inside which there is a triangle pointed downwards within which is a full moon denoted by the circle. Blue color is used to symbolize the throat chakra.

Throat chakra is located at the neck region, around the Adams apple area. Ham is chanted to open the chakra in the throat region. Throat chakra is who you are in the voice form. The sound that you produce is your internal energy in the spiritual and physical form. We use our voice to express ourself to others, it is the main medium of expression oneself as communication with others. Our voice is governed by throat chakra and we can use Ham to strengthen it.

Following are the things that can happen by Chanting Beej mantra Ham in your lives:

Aum or om is one of the most commonly used and widely known mantra. Aum is used for many purposes and for many deities. However, in the chakra awakening Aum is chanted to open the third eye chakra. The main target of the third eye chakra is the brain itself. Third eye governs brain, eyes, ears, and nose region. While it is active in all those regions it is most prominent and core in the forehead between the eyes.

Following are the things that can happen by Chanting Beej mantra Aum:
– It supplies mental peace
– Aids you to find purpose in life
– Helps to find joy in life
– Fills you with life energy
– Makes you choose creative choices
– Enhances your Life experiences

By Chanting Beej mantra Om or Ah one can activate and enhance this chakra in their body. This chakra governs nervous system and brain of humans. This chakra is also called as the center of a person’s connection with spirituality.

Following are the things that can happen by Chanting Beej mantra Om or Ah: