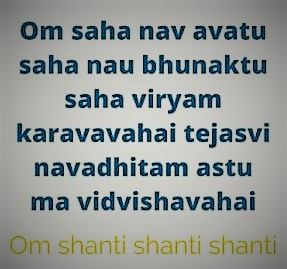 A mantra is a distinctive collection of words that has religious and spiritual significance. When mantras are recited in harmony, they create a soothing effect on the human mind and body. In most of the cases, we hear mantras in religious ceremonies. However, there has been a growing trend of using mantras while practicing yoga too. With the help of this blog, we shall take a look into the various mantra in yoga.

Like any yoga terminology, the word ‘Mantra’ is a Sanskrit word. It roughly translates to ‘vehicle of mind’. You might feel a bit lost so we shall explain the meaning to you. A mantra is any such word, sound, or phrase that aids in keeping the mind focused. Mantras are not only meant for religious purposes but they are useful in daily lives too. Also, it helps to reduce the noises in your mind.

2. HOW TO USE MANTRA IN YOGA PRACTICE?

Chanting mantras during the yoga practice is similar to the meditation practice. The demarcation lies in the fact that in yoga, you will be actively moving. You can use the mantras before starting yoga to solidify the idea that you are going to do a certain task. In the same way, reciting mantra while performing yoga makes the task easier and enthusiastic. The mantra in yoga is an integral component that has unparalleled benefits.

3. IMPORTANCE OF MANTRAS IN YOGA PRACTICE

Here are some perks which chanting mantras provide:

Now that you have understood the importance of incorporating mantra in yoga, let’s take a look at some mantras that you can use.

As per Hindu mythology, Om was the first sound that was heard during the universe’s birth. When you chant each syllable with devotion, the energy moves from your body to the top of your head. The echoing sound unblocks the throat chakra and leaves you in a state of serenity.

The Gayatri mantra is perhaps one of the oldest Sanskrit mantras. In Sanskrit, it sounds like Om bhur bhuvah svah | tat savitur varenyam | bhargo devasya dhimahi | dhiyo yo nah prachodayat. The objective behind reciting this mantra lies in the fact that it aims to unify the creations of God. They may have various forms but, in the end, they are one single soul.

This mantra is dedicated to Lord Ganesh. In Hindu mythology, Ganesh is the god of wisdom/success. Chanting this mantra provides the reciter confidence and energy to start a new task. This mantra in yoga sounds like Om gam ganapataye namah | vakra-tunda maha-kaya surya-koti-sama-prabha | nirvighnam kuru me deva sarva-karyeshu sarva-da |

This mantra is a kind gesture to the founding father of yoga, Patanjali. It is normal to recite this mantra on the beginning of yoga as to provide homage to Patanjali. The mantra is a bit lengthy but here it goes: yogena chittasya padena vacham malam sharirasya cha vaidyakena | yo ’pakarottam pravaram muninam patanjalim pranjalir anato ’smi

The mangala mantra is a wonderful mantra in yoga that represents good fortune and auspiciousness. While practicing yoga, you can use this mantra to find tranquility. The mantra in Sanskrit is svasti prajabhyah paripalayantam nyayena margena Mahim mahishah | gobrahmanebhyah shubham astu nityam lokah samastah sukhino bhavantu.

The Sat Nam is mostly popular in the Kundalini yoga. This mantra is useful in finding your intuition. Also, it reinvigorates the sexual energy too. You shall chant Sat at least 8 times more than Nam. When you chant the mantra, it moves from the base of your spine to the center of your head.

These are the seven mantras that you can use to accentuate your yoga session. We hope that you will use them and achieve unsurmountable benefits.