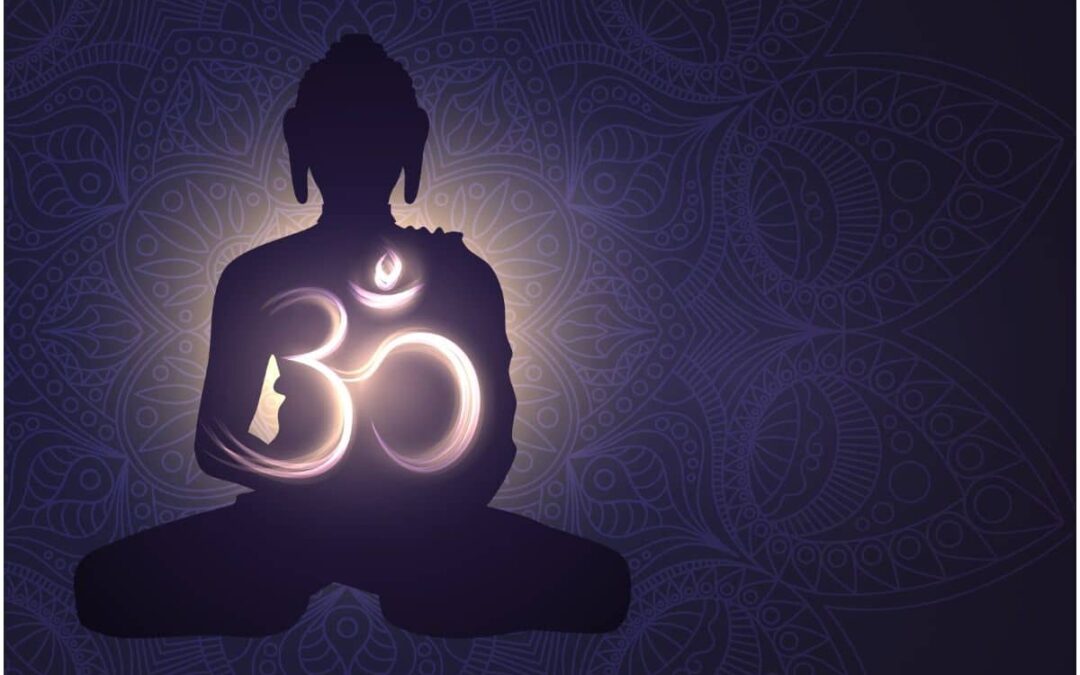 Mantras are verses that are believed to be able to possess mystical and magical abilities. The power of mantra is something that people believe in who whole heartly chants it. But the question is what is a mantra? Where does it come from? And why do some people change it? Is the power of mantra real? This is a similar question asked by the people who have been just introduced to the mantra and power of mantra.

Mantra the word originally came from Sanskrit and ancient Indian civilization. When a Hindu individual or people living in the Indian subcontinent hears this word mantra, they think of it as the verses to please the deity. Originally this is true and the right understanding for many people as it was centuries ago.

As we said earlier Mantra is a Sanskrit word and Sanskrit originated in the ancient Indian continent, so with that logic Mantra also originated there. It is one perception of looking at things. However, there is another point of view that is linked with mythology rather than facts and similar things.

OM originated even before the origination of even gods. Some texts say that Om is the first sound that was produced in the universe, and it became sacred and possesses much power and is mystic. After Om as the universe developed from one to many, from one God to many deities many mantras came into existence, and as that universe began.

In ancient times, mantras were immensely powerful and had magnificent abilities. It was called Satya Yug, and the universe was very new. The god was one and to extend life god transformed himself into other gods which in turn was needed to run the universe. Also, in time one Mantra changed into many, some were long, and some were short.

They denoted various deities, was to summon or impress many deities or to awaken the various energy in the universe. Sages and holy people in ancient times used to chant the mantra for many years to get the desired boon from the gods or to increase their spirituality. With their power of Mantra, they could even change the laws of nature. The Assur or Rakshasa in ancient mythology was so powerful that even the king of gods Indra could not defeat many of them. They had also achieved this power through the chanting of Mantra and meditation.

The power of Mantra chanting was immense in ancient times and still is today. However, the difference is that in ancient times the power due to the impact of Satya Yug was extremely high, which became more subtle with the change of Yug. It is said that when Lord Krishna left this world power of Mantra also decreased and became more subtle. However, the power of mantra may be subtle, but it is still here, and with enough dedication and chanting one can harness the true power of mantra.

The power of mantra can be witnessed through this thing when chanted enough and accepted by heart:

Enhancing and increasing spirituality is the foremost power of Mantra. Mantra has been used since long ago to enhance and increase spirituality. “Spirituality is the process, state or way of life where an individual instead of this material world gets very much attached to the spiritual world and knows his true identity as the soul instead of the body.” It is said in all religions that this physical body is not our identity.

It is something that we change repeatedly and is only a medium by which our true self experiences the world. We are souls and it is our identity, not our body. Often people do not realize this and get attached and try to achieve the material world instead of the spiritual world. The power of mantra is such that it can be used as a path to guide us to the spiritual world from this material world.

The mantra was a thing that was a gift by the ancient Indian civilization, we already talked about this. The early concept of mantra was associated with the deities, gods, and goddesses. Due to this, the topics of Mantra and the power of mantra cannot be discussed without talking about gods and goddesses.

In Hindu mythology, there are thousands of mantras that are associated with various gods and goddesses. There is so much mantra that, there are mantras even to please the planets of the solar system, which according to the Hindu kundalini system affects our mood, knowledge, prosperity, and future. There may be even hundreds of mantras for a single deity.

Bishnu, Shiva, Laxmi, Saraswati, Ganesh, Surya, are some of the major gods in Hindu mythology and they also have the major number of mantras compared to other deities and gods. It is said that the power of Mantra lies in those verses we chant, when we chant the mantra of specific deities, we awaken energy connected to those deities by the effect of that mantra. Then that awakened energy will help to achieve what we had desired.

The power to achieve

Many paths are created by the power of mantra. People follow these paths according to their will, desire, level of consciousness, and what they want to do with their life. The mantra also can be used to get what one wants in life. People who want more wealth in their life, chant the mantra of goddess Laxmi and God Kuber. They are also worshipped, and their mantra chanted for wealth and prosperity. Many things can be achieved by chanting mantras. The power mantra of Lord Ganesh is chanted to achieve good luck, and prosperity also.

Lord Ganesh’s mantra is also chanted before the beginning of any good or fortunate work as it is said that the mantra of Lord Ganesh destroys any obstacles in the way of the work and makes the work happen with his power. Many mantras give many things; the mantra of the moon is said to provide physical beauty to the chanter; the chanting of the mantra of the sun gives energy to the body and mind. There are so many mantras that provide so many things and have so much divine power bestowed upon them.

Reprogramming the mind and thought process itself

Now, the mantra is not just Vedic verses that are used for worshipping or deity verses they are something that you accept with your entire being and want your mind to completely accept. People with this now use their mantra to reprogram their minds and thoughts. What is more, they are highly effective, and people are feeling the results. “I will succeed in life,” “My mind is my greatest gift,” “I have learned to live with what I am” these are some of the mantras that you can invent yourself to program your thought with confidence or to learn acceptance in your life.

Your mantra also does not necessarily have to be like this, it can be whatever you want it to be. These can be if you are trying to achieve similar things. However, not everyone wants to do the same things, some have other things in mind. And the beauty of the mantra is that it can be whatever you want. One can even have a mantra that has no meaning and something that no one can understand. It does not matter what it is if it gives you purpose and has meaning to you.

Calming your mind and soul

The power of mantra and mantra chanting can calm your mind and soul. Some people have a very disturbed mind and have the bad habit of bursting out of anger and rage. They also can get help with the power of mantras and chanting. Peaceful mantra chanting harvests the power of mantra in the mind. When they chant it in a calm environment, they train their mind to be calmer and in control. Even in stressful situations when they chant it, they are channeling their mind to create the same peaceful environment then calming them.

There is a special meditation where the mantra is used to perform meditation. This type of meditation fused with the power of mantra is extremely beneficial and healthy to the performer. Mantra meditation, many may have not heard what it is, but it is not the product of today or the modern peoples. It is the ancient techniques created by our ancestors a long time ago to harness the power of vibrations and sound during the mantra chanting and use that collective energy to what they wish for.

Now, it is a little bit different from what it used to be in ancient times. What the user does in this meditation is that he combines the power of mantra with the power of meditation. What they do is sit in a comfortable sitting position and close their eyes, then continuously chant the mantra repeatedly for limited times per day or per meditation session.

Energy releasing the power of mantra

We are all made of energy. This entire universe is made of energy. Energy can neither be created nor be destroyed but can be changed from one form to another. There are many kinds of energy in this universe light energy, sound energy, vibration energy, electrical energy, etc. Some are visible to us while some are invisible to us and can only be felt through other senses or whose effects can be seen.

The first energy to be released during the mantra chanting is the sound energy that we produce and the vibration energy. These get produced when the sound and vibrations are produced by our organs. Various science research and studies found that when we recite mantras due to the sound and vibrations produced during the chanting various parts of the brain and body get activated. Various good chemicals get released into the brain which gives numerous benefits to us.

When allis steps happen as a result positive energy and vibrations develop inside of our body as well as in the surrounding of our body. This power of mantra immediately lightens our mood and surroundings. Many uses of this power of mantra to battle depression, anxiety, and other things. This process of energy release during mantra chanting has been proven by science and much other scientific research.

The ancient verses have continuously linked with the vibrations that activate and awaken the various segments of our bodies and brain. Various segments of the brain remain inactivated our entire lives only the great sages and yogic have the power to unlock those segments and awaken them. They also complete this heavy feat by harnessing the power of mantra and mantra chanting. Everyone can do this if they truly harness the power of mantra and mantra chanting.