Yama In Yoga And Its 5 Parts- Yama In Ashtanga Yoga 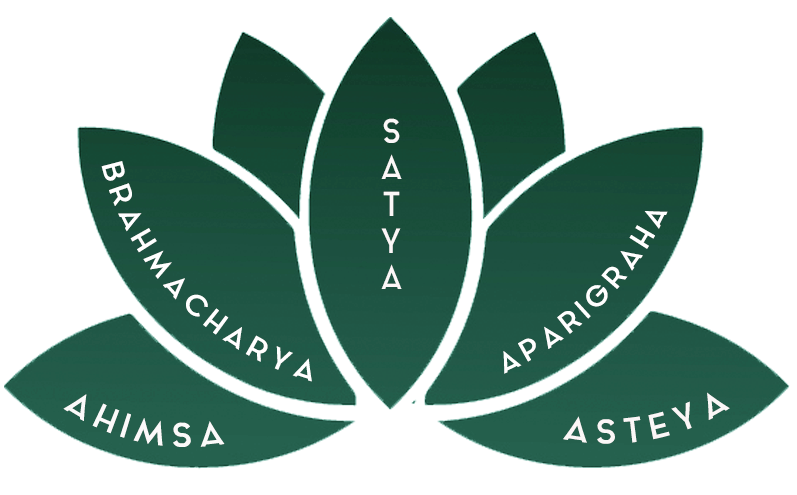 Yama in yoga and its five parts

Yamas in yoga are the Niyama’s by which the individual who follows the path of Yoga lives. Yoga and Yoga philosophies are the gifts of the ancient Hindu society as well as the various sages that came before. The field is vast and various rules and techniques are followed by the yogis to live a healthy and spiritual life and among those is the Yamas which is the rule by which a Yogi lives. Several types of Yamas have their quality and how they are the universal path of the individual.

It is the non-violence Yama in yoga. Violence is found everywhere in the world, especially in this time and age people are more inclined to violence. However, the people who are involved in the path of yoga and Dharma are in the path of non-violence.

It is believed that every life in this world is sacred. Every soul is a fragment of the Brahma itself and when one takes a life in the process, they also harm their soul.

The path of Ahimsa is very difficult and not everyone can walk it. Most of the people are not murderers in this world and have not taken any life, however, still, they are not immune to violence and almost all humans have done some form of violence or have thought to do so in their minds. Ahimsa Yama in yoga teaches to even refrain from violent activities and even try to avoid the violent thoughts from their mind.

The path of truth is hard one this Yama in yoga is even harder than the Ahimsya Yama in yoga. To walk the path of Satya one needs to always speak the truth and truth only no matter the situation. In the world of today where people lie in a sentence to sentence and even word to word, it is hard to keep on the path of Satya always.

Truth Yama in yoga tells that sometimes the truth can be hurtful and difficult to say, in these times it is easy to lie and deceive them. However, no matter how hurtful the truth is the one who follows Satya Yama in yoga must always speak the truth.

Asteya is the non-stealing Yama in yoga. This Yama in yoga tells that one must not take something that is not freely given to them. Looking on the surface it looks like it is the easiest to accomplish among the other Yama in yoga. However, it may be one of the most difficult among the five Yama in yoga.

Asteya means not to steal from anyone, and most people think that now stealing money or an object from someone is enough. However, this goes much deeper than this. For example, in this age of ideas, the stealing of ideas and thoughts are also stealing from somebody. Looking at this Yama in yoga at the level of society rather than on the personal level not giving the right to the oppressed people, injustice, and exploitation all are forms of stealing. Stealing just monetary or items is not stealing, but stealing important social factors and rights is also stealing.

Brahmacharya is the continence Yama in yoga. This Yama in yoga tells that one must overcome the lust within them. As human beings, we all have a desire for mating. However, when a human gets too tilted in those activities then he/she gets attached to the world of desires.

In the accident time, the great sages used to follow Brahmacharya. It is believed that when they attained Brahmacharya, getting rid of lust and desire, they gained massive power and gained enlightenment.

The power of reproduction is one of the greatest gifts of the human body. This is also the most potent ability in the human body that requires a considerate amount of strength. When this type of potent power is stored in the body by taking the path of Brahmacharya, amazing things can awaken within the body.

It is the last of the five Yama in yoga. This Yama in yoga tells to let go of everything that one does not need. Our scriptures tell us that this is the material world and beyond this is the eternal spiritual world which is everlasting and non-destroying. In this material world no matter what it is it is not permanent, even the bodies where our soul lives are not permanent and are meant to be destroyed. So, instead of following the things that are temporary and will be in the possession of other people after some time, one needs to focus on the soul of the individual which is permanent and eternal.