Why learn Hatha yoga in Nepal? 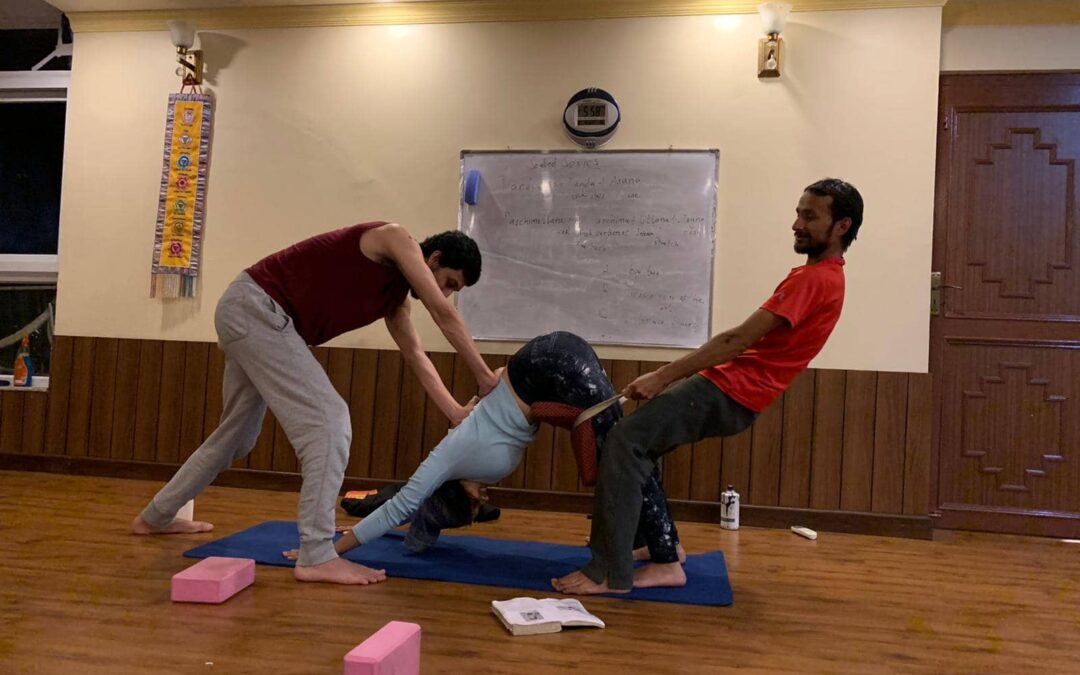 Why learn Hatha yoga in Nepal?

Yoga learning is now available in many countries. Now, almost everyone can learn yoga. Most of the large and densely populated areas in the world surely have institute to learn yoga. Also, if nowadays if anyone has a good internet connection, they can learn yoga even on their own. This method is also widely popular and various online sources and teachers teach it very efficiently. There are many forms of yoga and technique also. When one sees yoga from outside it may only be postures and poses but it is more detailed than that. There are various forms of yoga such as Raja yoga, Karma yoga, Hatha yoga, and many more.

These yoga forms have various origins and are described in various books. Also, the learning of these yoga forms depends upon the location of the learning as authenticity and everything may depend upon it. People go to various places like Nepal, India to get higher knowledge in these forms and types. Talking about hatha yoga various people come are interested to learn Hatha yoga in Nepal and visit there to learn it from the gurus.

Hatha yoga is a very ancient form of yoga that is described in various ancient books. The oldest mention of Hatha yoga in the written text was found to be written in the 11th century Amrtasiddhi. It is a Buddhist text. In both the Hindy and Buddhist texts, the mention and description of Hatha yoga can be found. It is said that hatha yoga and its techniques were created by Lord Shiva himself. Shiva Shamita, Gheranda Shamita, Hata yoga pradipika are the remaining three original books on Hatha yoga.

It is believed that there were more but only these three classical are available now. The books are described in such a manner that, Lord Shiva and Goddess Parvati are talking and he is describing the yoga, hatha yoga, and other yoga forms in detail with its possibilities. When giving the knowledge to his wife Shiva has also warned that the knowledge of this purest form of yoga is not for everyone and this knowledge should be kept a secret.

Matsyendra is believed to be the founder of the Hatha yoga form of yoga. It is believed that Matsyendra was also the incarnation of Lord Shiva. He was one of the greatest yoga gurus to have ever been on to this earth. Later he was succeeded by his student Gorakhnath who was as accomplished as him in yoga. When talking about hatha yoga both are remembered.

Hatha yoga is one topic but if we get inside Hatha yoga we are going to find that there are two types of Hatha yoga:

Hatha yoga is taught in many places of the world. However, still, people prefer learning Hatha yoga in Nepal. Hatha yoga is just an example people from around the world prefer to learn yoga in Nepal and India. Generally, not ordinary yoga practitioners but the masters who have dedicated their lives to master yoga and its secrets arrive here to learn more about the ancient techniques. Still, the place has roots in the ancient yoga and yogic methods which are not found anywhere else in the world.

Why hatha yoga in Nepal?

Following are the reasons for Why Hatha yoga in Nepal?

The first reason why Hatha yoga in Nepal is because it is the place of origin of yoga itself.

Yoga was born in ancient India which is now present-day Nepal, India, and other surrounding countries. There is a myth and a fact behind the origin of yoga. The myth tells that yoga was gifted to humans by the gods. Similarly, the technique of meditation and the knowledge of Ayurveda was also the gift of the gods to humans. May it be true or not, maybe the techniques were developed by humans in time. One after another and generation after generation contributed to making yoga what it is now.

Whatever the case may be one thing is certain Yoga originated in this very land. Maybe it was gifted by the gods to the humans or maybe it was made by the humans. Whatever the case it is the product of this very land and the connection the yoga has in this land will be hard to match in any other place in the world so people come to learn Hatha yoga in Nepal along with other forms and techniques of yoga.

Ancient yoga texts were written in Sanskrit. (Sanskrit is the ancient language of the South Asian region, which is believed to be the oldest system of language). Many people do not know Sanskrit. Even the people who have roots in Nepal or are currently living there do not know the language. Only the selective people know about Sanskrit and are fluent in them. People arrive in Nepal to learn Sanskrit and want to communicate with the ancient texts of the Hatha yoga themselves. This is also the reason people want to learn Hatha yoga in Nepal.

The three classics on Hatha yoga

This also is the reason people want to learn hatha yoga in Nepal. There is a total of three surviving classical books on Hatha yoga which were written many times ago and have been made to this modern world. Shiva Shamita, Gheranda Shamita and Hata yoga pradipika. They are the purest knowledge of Hata yoga. The book is now available everywhere with the help of the internet. However, just reading is not enough to understand that ancient knowledge. That is why people want to study Hatha yoga in Nepal. They want to understand the classical and they know that they can utterly understand it here.

In ancient times also when sages or gods wanted to perform the activities such as yoga, meditation, or other self-purifying acts they sought serene places mountains, and beautiful forests. The greenery and peaceful environment affect the psychology of the person itself and subconsciously makes them calmer and accepting. The serene environment may convince people for Hatha yoga in Nepal.

The gurus and experts

This land has produced many gurus, sages, and experts in the yoga field. Many people are involved in the field of yoga. Some people even have dedicated their entire life to know about Hatha yoga and other forms of yoga. The depth of their knowledge and skill in the field of hatha yoga is unparallel. They had amassed a great amount of knowledge from ancient books, texts, and scriptures. They had learned from their gurus and the masters before them. The skill and technique they have are nowhere in the world so Hatha yoga in Nepal.

The world of yoga is ever-growing. New yoga techniques are being discovered; the lost ancient methods are being re-discovered. People are getting increasingly involved in yoga. It is no wonder that people also want to build their careers in the yoga field. They want to start their career in Hatha yoga also.

It has a good scope and people can expect good living standard from it. However, to do that also and to build a solid career people will need good and valuable certificated that guarantee their proper learning and amassing vast knowledge regarding the related field. The yoga certificates of Nepal are considered very valuable around the world. That is why people want to learn hatha yoga in Nepal and other forms of yoga in Nepal also.

A considerate amount of people are involved in this sector of Nepal. Various places provide teacher training for Hatha yoga in Nepal. They are very dedicated to their work and provide the best to the people who come to learn from them. They not only provide the hatha yoga retreat but also give Hatha yoga teacher training by which one can be a teacher himself of this art of yoga.

To be a yoga teacher one needs to have mastered the many disciplines, just amassing a vast amount of knowledge is not enough to be a teacher. The Hatha yoga teacher training and retreat centers give the best knowledge and training which people can use anywhere in the world. To get authentic knowledge with such good services is amazing. That is why hatha yoga in Nepal.

Some sages have gained the knowledge from the masters and will pass to another student nothing more or less than that. By coming to Nepal, one may even fill the missing gaps that people did not know were there in the first place. That is why Hatha yoga in Nepal.

Connecting to the past

Hatha yoga is ancient knowledge and technique there is no denying this fact. The technique was created hundreds of years ago and through this and that by many methods were passed from one generation to another. Now, through the dedication of many people, it has reached here. However, in this passage of time, many techniques, and methods of hatha yoga or the main yoga may have been lost. It is only natural for the dispersion of knowledge by the passage of time. Also, we are not talking about the passage of mere few years.

We are talking about hundreds and maybe thousands of years. The knowledge we have now may have many blanks left. Looking logically, it is nearly impossible to regain the knowledge that has been lost. However, there may be one last hope to find that lost knowledge which is Nepal itself. The knowledge originated here and there may still be some traces of it left if one looks for it hard enough.

Some individuals are researching Hatha yoga. They are already masters and know very much about it. However, they want to expand their horizon of the hatha yoga they know and find out the knowledge that may have been lost. It is not easy to find what may have been completely lost and nearly impossible for the average individual. However, for the masters who have dedicated their entire life to the learning of the Hatha yoga can. The gurus come to Nepal to research and find more about the past by reading books, deciphering scriptures, and many other things.