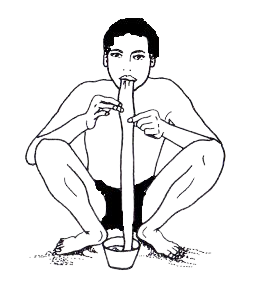 In our series of blogs, we’ve been dealing with ideas that deal with purification techniques in yoga. Our blog for today deals with the same matter too. Here, we shall discuss a vital cleansing technique, i.e., vastra dhauti. This method deals with purifying the stomach and ridding it of impurities. Now, let’s discuss the additional details involving it.

1. WHAT IS VASTRA DHAUTI KRIYA?

Dhauti forms a major component of the six cleansing techniques which is stated in Shatkarma. If you want to learn about these techniques in detail, then you can read hatha yoga. Vastra dhauti is used to cleanse the impurities of the entire alimentary canal. Different dhautis clean the destined part accordingly.

Vastra Dhauti kriya is an integral component of the Hrid dhauti. It acts with the motive of purifying the upper region of the stomach. Likewise, it helps the body to get relief from ‘Kapha’.

2. THE SCIENCE BEHIND VASTRA DHAUTI

Our readers might be under the impression that these practices do not have any benefit. In reality, these practices provide a benefit that far exceeds your imagination. Let’s take a close look at it. The internal organs of the human body function due to three main Doshas. They are:

If there exists an imbalance between these doshas, then numerous problems arise in the body. In the digestion process, the food we eat tends to stick in the esophagus. As time proceeds, this waste gradually accumulates and transitions into mucus and phlegm. The mucus affects the body through the cold and the phlegm comes out from the body through a cough. These have a dangerous effect on the body and we use vastra dhauti kriya to counter it.

We use vastra dhauti to remove the excess mucus that blocks the respiratory tracts. Likewise, we use it to keep the gastric juice secretions in check too. Through this method, we maintain the Kapha dosha in the body and fight respiratory disorders, skin diseases, and common fiver.

The word vastra dhauti Kriya is a Sanskrit term and here, ‘vastra’ means cloth whereas ‘dhauti’ means ‘cleaning’. When we combine these two words, we understand that vastra dhauti is an exercise involving a cloth. References of vastra dhauti are found in the ancient yogic scriptures of Hatha yoga.

4. HOW TO DO VASTRA DHAUTI

Initially, grab a cotton cloth that is 2-3 inches wide and at least 22-25 feet long. Boil a bowl of warm saltwater. You should keep 1 teaspoon of salt for every half liter. Make the cloth thoroughly wet and on the other hand, keep a jug of drinking water ready. Practice this exercise slowly and refrain from swallowing the entire cloth.

Follow the steps given below to effectively practice vastra Dhauti Kriya:

Thus, these are the key points that you need to consider while practicing vastra dhauti kriya. We hope that you will comply with these steps.