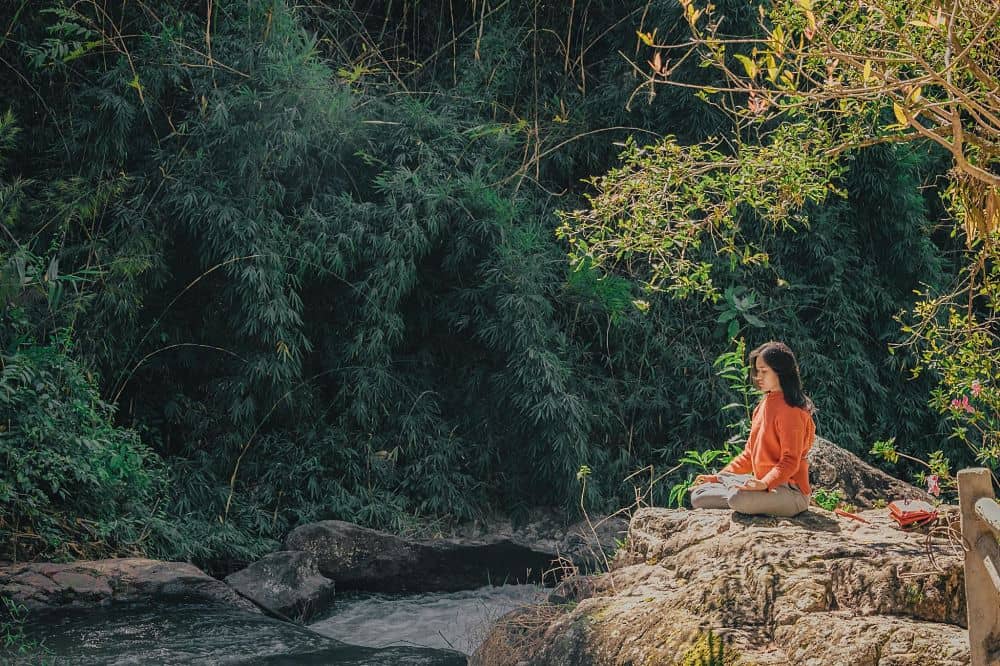 Meditation is a process or technique that all know about. Most of us have at least heard meditation at one point in our lives. Be it through social media, advertisements, texts, and books we have seen or heard the word. But what exactly is meditation, and why it can be found in every part of the world? There are even many of its types that have been classified along with their natures and characteristics.

Mindfulness meditation, Transcendental meditation, loving-kindness meditation, spiritual meditation is some of the several types of meditation. These meditations each have a distinctive character, history, and origin which may differ as they came into existence at various times, through various regions and various civilizations.

In the basic form, meditation is the process of focusing and channeling their spirituality to a center by calming the mind and making the body still. However, many meditation practices do not follow this standard definition of yoga. There is walking meditation which does not follow the typical staying still while performing meditation.

There are other forms also which do not follow the standard format or extend the boundaries of the practices. People have integrated meditation into their own culture. This further was widened when in the late century people became more conscious about their health and accepted healthy living practices. More became immersed in meditation, more gurus came into the field and more techniques of meditation were invented.

Transcendental meditation is practiced 15 to 20 minutes a day once or twice depending upon you and your timetable. However, the standard practice is twice a day which if one can complete that is good.

Transcendental meditation is a religious activity for those who believe in Hinduism as it is based on or attached to the religious techniques of Hinduism. You believe the process and mantras than a religious meditation for you.

Maharishi Mahesh Yogi was a great Indian guru who is famous for inventing Transcendental meditation. He was born on January 12, 1918, in India. The date is filled with a few mysteries as it is used mostly to define his birthday, but many have doubts about the authenticity of this date. This is due to the fact when an individual moves on the way to becoming a yogi, they sever their connection with the family and society.

It is the basic rule of becoming a yogi and monk. To be one on that path one must leave all their belongings, materials, and relations also. This is the very reason that the name given to Maharishi Mahesh Yogi is also not certain and is varied with sources.

The early life of Maharishi

Mahesh Yogi was a student of Physics in the days of his university. Reports say that he earned a degree in physics from Allahabad University in 1942. Before landing into the spiritual life and path of a yogi he tried his life in one or two things here and there.

However, his destiny and his true passion lie elsewhere, he had not realized that till now. He became an administrative secretary to Shankaracharya of Jyotir math. Then he took a new name for himself evoking his spiritual journey. He started calling himself Bal Brahmachari Mahesh (Bal Brahmachari in Hinduism is the term to call those who have been away from the world of lust and pleasure from their birth and walked the path of truth and spirituality).

He then became a student of Brahmananda Sarswati to begin his ascetic life. It is also said that it took more than two years to consider Brahmananda Saraswati to take Maharishi as the disciple of his path.

Maharishi says that his life truly began in 1940 when he met his master. He was with his master till the death of Sarswati in 1953. Despite the closeness Maharishi could not become the successor of Sarswati due to distinct reasons. Brahmananda Sarswati was succeeded by Shanta Nanda Saraswati.

Maharishi after the death of his guru thought of teaching his learning to the world. He wanted to disperse the knowledge he had amassed to the world. He started teaching a technique called Transcendental deep meditation. This was the traditional meditation technique that he learned from his master.

Around that time, he took on his shoulders what he learned from his teacher to disperse into the world. He goes to the title of Maharishi. (Maharishi is the title given to the sages who have achieved great spiritual capacity as a sage, it is a level of spirituality that the holy men receive in Hinduism).

Transcendental meditation involves simple steps of 7 to 8, which collectively completes the meditation. The process is easy, however, the best approach to get involved in this meditation is to find a certified yoga teacher. Certified teachers are experienced people who have the amount of knowledge that can guide you efficiently through the journey of transcendental meditation. Various places give the certification of this meditation, however the most prominent and widely recognized one of the maharishi foundations of the USA.

Steps for Transcendental meditation are as follows:

1. Sit in a comfortable position

The first step of transcendental meditation is to sit comfortably. People vary according to their bodies, so it is also quite common that the resting position and the postures of the body also vary with the individual. The first step is to make the sitting place that is best for your body and will not put any strain on it. Quite an amount of time will be spent sitting here a day, so it is best to put a significant amount of time to get the perfect sitting place for transcendental meditation.

Sit in the comfortable spot with legs firmly on the ground and staying straight comfortably. Put your arms in the crossed position.

After settling down in a comfortable position the second step of transcendental meditation begins. Now, try to relax your body and mind. Easing up the mind and body at the beginning of transcendental meditation will help your body to go through the meditation period efficiently. Try to breathe deeply and slowly. Getting enough of the air inside of the lungs will aid the body and mind to relax. Continue long breathe for some period and the process of relaxation is complete.

5. Letting go of the thoughts

Mostly the meditation techniques are taught to make the mind blank and calm the mind by not thinking of anything. It is like cancelling the thoughts that arise in the mind during the time of the meditation. However, this does not happen in transcendental meditation. This form of meditation acknowledges the thoughts and events. During the transcendental meditation, during the chanting of the mantras ( mantras are given below in last section)  if thoughts arise in your mind if you recall a moment that is disturbing try not to cancel or disperse it but try to let it go and pass. Let the thoughts pass without disturbing you.

6. Back to the world

After 15 to 20 minutes of mantra chanting now it is time to return to the world. This too involves process and techniques. Simply opening your eyes and doing other things is not the process. Not stop the chanting without opening your eyes. Take a deep breath and start slowly moving your feet and palms. Gently rotating them in the clockwise and the anti-clockwise directions.

After this gently and slowly open your eyes. It is the penultimate process of transcendental meditation.

8. Relax and rest for a few minutes

Do not immediately stand up and get involved in other activities. Try to soak in the effects of the mantra and meditation now. Sit in a relaxing and comfortable position for a few minutes. Relax and calm your mind. One can take deep and long breaths to relax. Be in a relaxed position as much as you need. The time depends on yourself, be there until you feel you are ready to let go of the relaxation and continue other activities. Now, gently stand up for the position. This concludes transcendental meditation.

Mantra selection can be a complicated process for some people, as there are thousands and thousands of mantras here. Now, one can wonder which among them can be the right mantra for them. If one is receiving the knowledge of transcendental meditation from the certified teachers there is no need to worry as they will give you the suitable mantra or help you to find the one depending upon what you hope to achieve through the practice of transcendental meditation.

There is a very efficient way to choose the mantra for the practitioners. They can choose at first the widely used mantras for transcendental meditation. There are few which are believed to have massive spiritual and deity powers. Those who practice transcendental meditation for religious approaches also can use it. Om, Om Nama Shivaya, Om Gan Gana Pattye Nama, Om Namo Narayan Aaya, Surya Namaha, etc.

There are many to choose from, you can choose one, no need to think hard about it more than necessary. Also, if you have the knowledge of the deities of Hinduism and want to chant the mantra to please the deities. This can also be done as the Sanskrit mantras of the deities are believed to possess mystical abilities to please that deity. They if want can use the religious side of transcendental meditation for this.

Your goal can be lots of things like inner peace, confidence, clarity of the world, spiritual strength, mental strength. First, figure out what you want through your meditation and make it your mantra. “Inner peace” something as small as this also can be the mantra you created yourself as it reflects the inner peace you want to achieve through transcendental meditation. It can be also something like I am becoming spiritually fulfilled. Whatever you do can be your mantra.