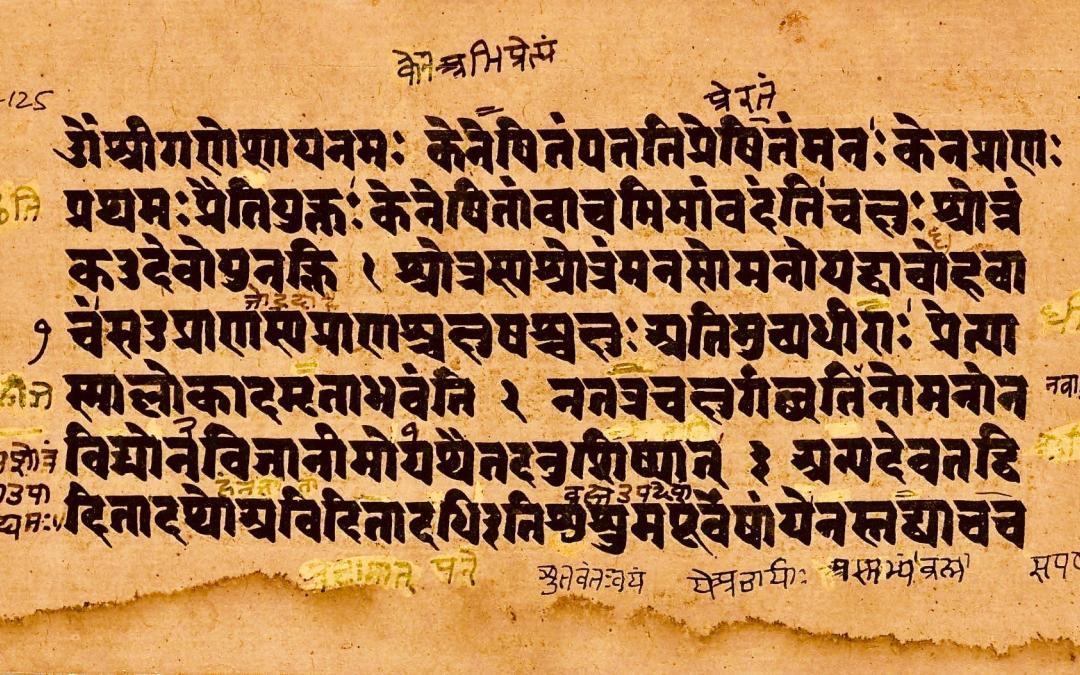 The origin of Hindu philosophy is Veda. There are four Vedas: Rig Veda, Sama Veda, Yajur Veda, and Atharva Veda. Each Veda contains four layers of text: the samhitas, Brahmanas, Aranyakas, and Upanisad. Each of these layers has varieties of combinations, however, Samhitas broadly comprises hymns praising Gods. The Brahmanas basically concerned with describing and elaborating Vedic rituals.

The Aranakas and the Upanisad are based on rituals while some sections of it deal with the intellectual and philosophical matters. The Upanisads are also stated as “the fourth and final chapters of Vedas” and reflects the highest purpose of Vedas. These Vedas have different parts. There are 13 main parts of Vedas which are termed as the Upanisad or the Vedanta. They are as follows 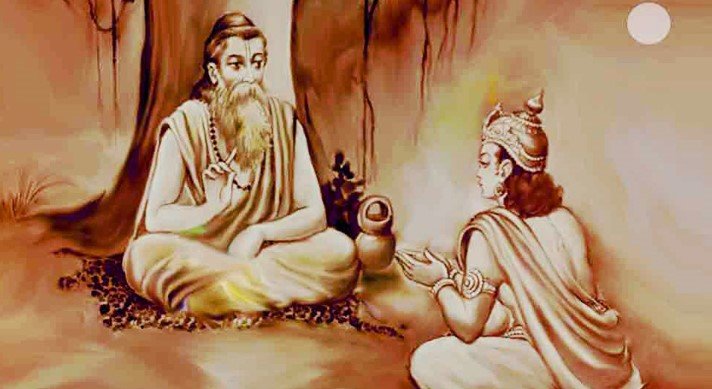 Rig Vada has three main Upanisad:- Aitareya, and Kaushitaki. Rig Veda has 1028 hymns and 10600 verses, organized into ten books, called Mandalas.  The hymns are devoted to deities and have discussed cosmology. The origin of the Universe and Nature of God, the importance of Charity, and other metaphysical issues are the main interpretation of this text.

Sama Veda has two main Upanisad:-  Chandogya and Kena. This veda is known as Vedas of melodies and chants. Varieties of music, chants, songs, dances etc are the products of Samaveda

Atharva Veda has three main Upanisad:- Mundaka, Mandukya, and Prashna Upanisad. This veda is a guideline in the everyday life. It is composed of 730 hymns and 6000 mantras, divided into 20 books. Atharva Veda covers varieties of topics like magical mantras for all types of healing, sorcery, worldly attainment and richness etc.

The original language of the Upanisad is Sanskrit, containing the central philosophical ideas and concepts of Hinduism. Some of the concepts are shares with Buddhism, Jainism, and Sikhism. It has a key role in the progress of spiritual ideas, making amendment from Vedic style into new ideas and concept. The concept of enlightenment, ultimate truth (Brahma), supreme-soul (paramatma), soul (Atma, the self), karma and yoga, a theory of Karma, worldly existence, purusha (person), prakriti (nature), physical and metaphysical issues etc. are the main theory of it.

Besides, it consists ritual context, a foundation of life, what happens at the time of death, ways of life, the process of life and death, ways of interacting with other, nature and reality, working of the body, what is hell and heaven, what is Universe etc.

It includes vast range including explanation of ritual actions, creation of myths, mysticism, magical and supernatural formulae, genesis of ceremony, explicative conversation about popular teachers, students and royal families, ordering of teachers and disciples,   There are more than 200 Upanisad known, out of which first thirteen are considered as main Upanisads. It plays an important role to develop a discursive and intellectual language.

It has raised philosophical debates and questions by revealing different factors of attaining knowledge, including synthesis, analysis, comparison, deduction, introspection, retrospection etc. Among six Hindu Darshanas- Nyaya, Vaisesika, Mimamsa, Vedanta, Samkhya and Yoga; first four do not follow chronology above but they all matter all the vedic Upanisads as Sruti (a timeless revealed knowledge). Rest of the two Darshana Sankhya and Yoga are normally regarded as supporting the vedas.

The fundamental Upanishads were inscribed from about 900 to 300 BCE. The inscription of other different minor continued.  It has been found that hundreds of other texts with the name ‘Upanisad’.  Although test denoted as ‘Upanisad’ have been continued to compose up till the present time, the majority of the texts were composed between the 2nd and 15th centuries. Scholars have set these books in different groups corresponding to common themes, such as Saiva Upanisad ( Upanisad on Lord Shiva), Yoga Upanisad, Vaisnava Upanisad (Upanisad on God Vishnu), Samnyasa Upanisad (Upanisad on renunciation) etc.

Some Topics Covered by Upanishad

Among the widely discussed topics in Upanishad, Atma (Soul, the self) is one of the most important topics. The lexical meanings of Atma have covered a broad range including ‘breath’, ‘spirit’, and ‘body’. After the evolution of Upanishad, its meanings elaborated in various words like- an essence, a life-force, consciousness, energy, or ultimate reality.

Objects are not created from anything but transform from one matter to another. Creation is influenced from ‘Satkaaryavaada’ theory which means the theory of cause and effects. Udayakala continued his explanation comparing a series of conclusion with experimentally observable natural process to reveal that the self is a metaphysical schema present in all living beings.

For that, he used honey as an example. Bees collect it from the different sources and gather together to make an undifferentiated whole.  Similarly water flowing from different rivers and cannels form the ocean without and distinction. The banyan tree cannot be seen in the seed.

The dissolved salt in the water cannot be seen. Likewise, the self, pervaded in the human body cannot be seen.  The phrase “you are that” (tat avam asi) is frequently used by Udayakala to explain that the soul (self) actuates the same way in him as it operates in all creatures.

The self is both tenor that connects the part with the Absolute and the eternal that remains static even while taking different forms or shapes. In this way, Udayakal explains about the self to his son as a life force that animates all creatures. Thus, the various subject matters have been discussed in Upanishad.