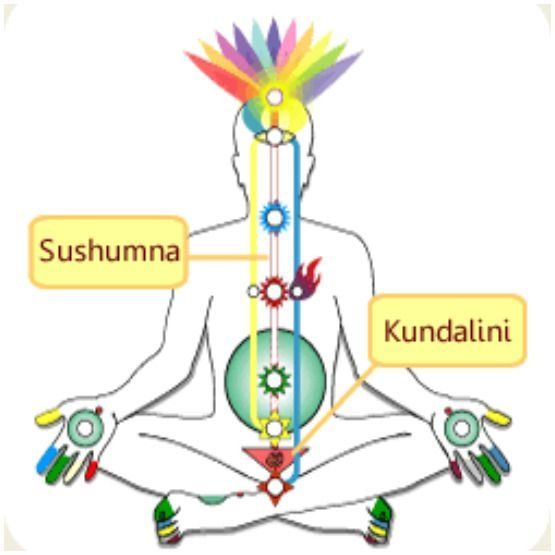 We exist in a physical, mental, and spiritual state. We may think we are one single unit but are the combination of various things and complex entities. The same is with the energy supply system of our body. It is much more complex and involves various methods, ways and understandings to even understand the procedure briefly. One of the systems of the body is the Nadis, which are the small energy channels that are located all around the body and perform of supplying Pranas all over the body. The pranas are the vital life force that is present in all of us. There are mainly three and even among the three, there is Sushumna Nadi which plays the most vital role in the energy distribution and flow of the Prana.

This is the Nadi that is active at the center and said to be the most important. It performs various functions in the body and is believed to pave the road towards knowledge and salvation. There are various methods that the Yogi practice to awaken this Nadi as their goal is enlightenment and when activated Nadi will show the way to enlightenment. Yogi uses the power of Yoga and meditation to master this, Nadi. With effort, dedication, and discipline for a long amount of time, anyone can awaken this dormant power that lies in all of us.

Following are the functions of Sushumna Nadi:

Compared to the other Nadis, when other Nadis become disturbed it hampers the body to a level. However, when this Nadi becomes hampered, it will also disrupt the flow of energy in the chakra points of the body

Sushumna Nadi which is located at the center which is between Ida and Pingala Nadi is also known to govern over the six yang meridian lines.

There are many Nadis in our body that transfer Prana to body parts. Some are important and named while some are not named but there is one that is the most important channel of Prana in the body that passes through even chakra points and that is Sushumna Nadi. Prana travels freely from the crown chakra to the root chakra through the Sushumna Nadi system.

Enlightenment is a vast word that cannot be even defined in many books. Shortly we can say that it is the elevated state where one becomes one with the state of awareness. We are all aware to a certain level. In fact, with developed minds, humans are born with a certain level of awareness that is higher than that of animals. However, to go to the perfect cosmic level of awareness even humans must walk a difficult path that is going to challenge their beliefs and understanding.

Only a few have been able to sense this level of awareness and even a few have been able to achieve this level of awareness. It is believed that Sushumna Nadi is the path to enlightenment. Now, awakening does not necessarily grant enlightenment but opens the path that one has not noticed before in their lives right in front of them.

The Ida and Pingala Nadi are dominant in the left and right parts of the body. Ida looks at the right brain and the left part of the body while Pingala looks at the opposite part of the body. Most individuals can channel these Nadis and harness the gifts that are bestowed by them. They try, then awaken it and become satisfied with it. That is one of the many reasons why people are not able to move beyond Ida and Pingala.

Deep in their body there lies another dormant powerhouse that is even beyond the energy that you have tapped into. That is the very reason why Sushumna Nadi is also called the most significant aspect of human physiology. When Sushumna Nadi is activated and channels the Prana efficiently through it, the body becomes a receptor to various types of energy and power that one has never felt in their life.