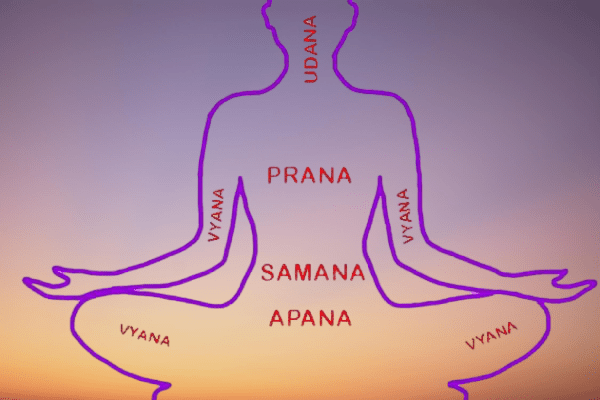 The life force, which is responsible to run our life, is called prana. The fundamental energy is responsible for running the lives of humans. Most importantly, the Pancha Prana is made up of five forms, which are Apana, Prana, Samana, Udana, and Vyana. The fundamental forms are responsible for the functions of the body. There are peculiarities in all these forms. For example, the color of the Prana is bluish or greenish. The function of the Pancha Prana is to pacify the nervous system of the human body through the healing powers of the breathing techniques.

Some of the Hindu scriptures have mentioned the use of the life force. The ancient yet important Yoga vashistha 3:17 has delineated the prana is the divine force that is responsible to perform anything and everything in the body. Just like the mechanic, perform with the machine. The mechanic is responsible to mend the machines and run them in the correct form therefore the prana is also responsible for doing a similar thing. I.E to correct the body and make it in proper shape.

Among Pancha Prana, Apana is considered as the another form of life force, which is responsible for controlling the excretion. Usually, Apana is represented by the black color. Apana is also called downward flowing of the air or Vayu, which is situated from the navel to the mooladhara also popularly known as base plexus. Moreover, the fundamental role of Apana is excretion, helping in the reproduction and keeping up the reproductive tracts in proper shape, which examines and runs the large intestine, genitals, kidney, and anus. Mostly, Apana is in association with the water and is black.

Samana is an important Pancha Prana. It is the another life force that has its function like helping in digestion, running the metabolic functions, keeping the circulatory system in the proper shape, keeping the heart in the good condition, and helping in the secretion of the gastric, pancreatic, stomach juices and liver. The analogy of Samana is Fire. Samana flows in the sideways starting from the navel and ending to the diagram.

Prana is the most important life force of Pancha Prana, which flows upward starting from the chest and ending in the chest. The force of Prana helps in the drawing breathe into the body of the human. The analogy of Prana is compared with the element of the Air.

Udana is responsible for examining and keeping the area above the neck in proper shape. Above the neck, all five organs are accounted for. Udana is also responsible for examining the thought and consciousness of the human body. Likewise, this particular pancha prana galvanizes the feet and all the muscles and nerves associated with them keeping the ligaments and joints in the proper shape. Therefore, it is easy to make the posture of the human body in an erect position. Mainly the element of the Udana is linked with ether space. The color of Udana is red and helps to regulate the red blood cells in the human body.

The function of the Vyana is mainly associated with the reserve force of other pranas. The element associated with Vyana is Mother Earth. The color of Vyana is yellow-orange. The voluntary and involuntary movements are controlled and regulated.

In a bid to make the pancha prana in the better shape we need to keep the harmonious relationship with the Pranas. Various mudras help you to achieve that. Hasta mudras should be practiced to keep them in a healthy and hearty condition. For that, you need to close your eyes and practice for 20-25 minutes in a row.