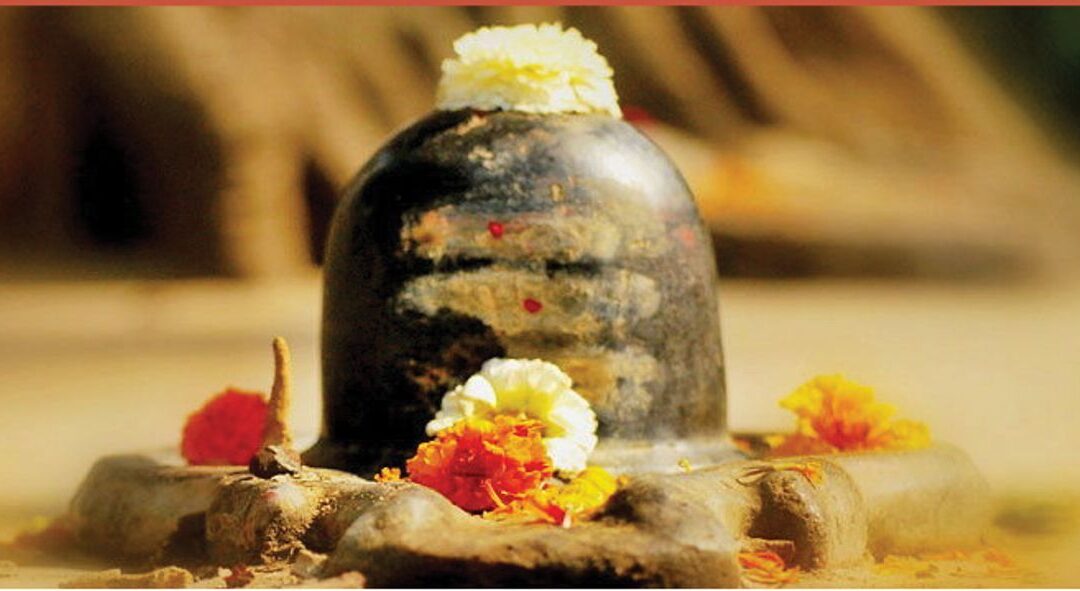 Any verse that is chanted to enhance spirituality or worshipping is called a mantra. The religion of Hinduism and Buddhism use mantra and believes in their power. Even more, than Buddhism Hinduism is inclined to mantra and use of mantra. In Hinduism, there are thousands and thousands of mantras. Some are small that they are one word while some are so big that they are even pages long and more than that. Some are dedicated to specific deities while others are used for channeling energy.

Some are dedicated to the supreme soul while some are used to invoke that various energy that forms the material and spiritual universe as we know it. Gayatri mantra, Mahamrityunjaya Mantra, Hanuman Chalisa, Surya mantra, are some of the most popular and most used mantras. People even use the mantra as per their need as they chant the mantra of Laxmi if they want wealth, Sarswati if they want to be good in studies and art, and so on.

There are many gods and all of them represent the specific energy in the universe. Some gods are representative of the knowledge in the universe, some energy, some prosperity while some represent beauty. They each have their mantra and when chanted the mantra they bestow their grace and love to their devotees.

If we are listening to what Hinduism and its followers say, the ancient powers have mystical energy. In ancient times people used to even get to see the gods by chanting the mantra. They used mantras to harness their spiritual power and please the deity. By continuously chanting the mantra for years they would harness so much power that they could even change the very law of nature and the gods were also obliged to do so because the energy collected by mantra chanting was so massive.

Now, in the Kali Yug where most of the magic has vanished from the world and it may seem that the mantra now has just become the verses. It may seem so at the beginning, but it is not completely true. Yes, the power of mantra is not what it used to be or what is described in the scriptures and ancient books.

It has become subtle due to the power of Kali Yug, but it has not disappeared yet, with proper chanting and keeping their focus and heart in it one can still channelize the power of mantra. One if chants the mantra with whole heart continuously for many years they can feel the power of mantra and the spiritual power they have amassed with it.

Mahamrityunjaya mantra is one of the most popularly used mantras in entire Hinduism. Now, let us look at the origin of the mantra.

In ancient times, rishi Mrikandu was blessed with a son from the gods. The child Markandeya was very spiritual and looked like the incarnation of the gods themselves. However, upon the birth of the child, it was predicted that the child will not live long. When the child will turn 16 years of age Yama the king of death will come for him.

The child grew to become the great devotee of Lord Shiva. He was so dedicated that on his 16th birthday when he was supposed to die also, he was worshipping the Lord. When the messenger of Yama, the yamaduts arrived to take the life of Markandeya they could not. Now, the god of death Yama raj himself same to take the life of the child riding his Buffalow.

Now, seeing Yama Raj, the child got scared and hugged the Shivalinga which he was worshipping. Yama Raj tried to take out his life and threw yampahs’ at him. However, before the pash reached the child Mahadev appeared from the Linga and defeated Yama Raj. Because Mahadev defeated death he is also known as Kalantaka (The one who defeated Death). Mahadev then gave the Mahamrityunjaya mantra to the child sage Markandeya.

There is another story of the origin of the mantra. Shukracharya was the teacher of the Daana’s. He also was the great devotee of Lord Shiva and the adoptive son of Mother Laxmi. He with his great meditation and worshipping of the gods attained many gifts and power. In time he also got the boon of Sanjivini Bidhya. It is the power to overcome death. The one who knows this knowledge can even awaken the dead and give life to them. It is said that Mahadev gave him this knowledge in the form of Mahamrityunjaya manta.

In the text form, the mantra is found for the first time in Rigveda. A certain portion of the Veda has the Mahamrityunjaya mantra written in it. Science says that Rig Veda was written in 1200BCE hence the mantra is also that old.

Translation of the Mahamrityunjaya mantra

We sacrifice to Trimbaka the fragrant, increaser of prosperity

It is also called Triyambaka manta. Here Mahadev is called as Triyambakam. It is another name by which Mahadev is known as. Here he is called the fragrant and the increaser of prosperity. Everything one achieves in their lives is due to the mercy of the Lord and he is the one to provide true satisfaction and peace to the mind in this world and the world beyond.

Mahamrityunjaya mantra is an extremely powerful mantra and one of the main mantras of Mahadev himself. The mantra is believed to have life energy within it and possess all aspects of healing. When Mahadev gave this mantra to Markandeya Yama Raj was not able to touch him to take away his life at such an early age. Also, when Shukracharya got this mantra from Mahadev, he got the knowledge of Mirta Sanjivini.

The power that can even revive the dead and restore the life energy they had within them before they died. It is an exceptionally powerful healing mantra which when chanted heals all three aspects of life and the three components of an individual itself. We all know that we are body, mind as well as the soul. We are neither one nor two but all three combine to form the unity which we call ourselves. Mahamrityunjaya mantra when chanted heals all these three aspects of life itself. It heals the physical body, the mental body as well as the spiritual body.

Some call the Mahamrityunjaya mantra the mantra of Moksha also. When one chants this mantra, they become free in all senses and have the sense of the eternal and cosmic freedom one gains after achieving Moksha.

Why Mahamrityunjaya mantra is chanted 108 times

No matter the guru or who you learn this Mahamrityunjaya mantra from, even if you had learned it from the internet. The common thing you are going to see is that everyone and every source will suggest chanting the mantra 108 times. Why this exact time many may wonder. The answer lies within Shiva itself. People chant this mantra 108 times with Rudraksha mala with 108 beads.

The number 108 is not collectively called hundred and eight. The numbers are separate denotations of the numbers 1,0 and 8.  These very numbers signify Shiva himself.

Also, 108 is a very auspicious number in Hinduism and this is the number we see many times in the world itself. There are 108 Upanishads, the distance between sun to earth and earth to the moon is also in the relation to the number 108. Other powerful mantras also are chanted 108 times like the Gayatri mantra.

Mahamritunjaya is the mantra of life itself. Markandeya when got this mantra even the god of death Yama could not touch him. People often do not die from old age and time but die from accidents and other incidents. This is called aakalmrityu or premature death. This death is not due to time but due to other factors. This mantra when chanted prevents and removes such obstacles and problems from life. Some people in their Yog and kundali have some chances of accidents and other such incidents. They are told by the gurus to chant this Mahamrityunjaya mantra to avoid such instances and live a long healthy life.

Some people have Kal Sarma dosha in their kundali. Due to the arrangement of stars and planets, some get this dosha. This dosha is considered extremely dangerous which is even able to hamper the life of the person who has this in their kundali. It is said that that the person who has this dosha, their family members get hurt, and other unfortunate events also happen. The sages and gurus provide various solutions for this dosha. However, the most effective is still the chanting of the Mahamrityunjaya mantra. This mantra lessens the impact of such dosha and saves the life of the person who chants it.

Many people only think that their physical body is all there is to them. This is because nowadays people are so busy in their lives that they do not even think for the moment that there may be more to them than just the physical body. Yes, physical well-being is especially important to live a prosperous and healthy life, but also mental and spiritual health is required to live such a life. People who are mentally and spiritually unwell can never live a happy and good life with just physical well-being. Chanting of the Mahamrityunjaya mantra not only heals the physical body but also heals the mental and spiritual body of the individual who chants it.

There are various diseases in the human body. Not just the diseases but there are some conditions where the body part malfunction without any external agent entering the body. There are so many diseases that it is hard to remember even all of them. Yearly many people succumb to diseases. Some are very mild and go away without even taking medicine while some are so dangerous that even with extensive care and procedure life is lost. Mahamrityunjaya mantra when chanted also helps the body to get rid of the diseases or is believed so. Some even chant the mantra for their ill relatives to heal their bodies even when they cannot.

Peace and prosperity in the family

People chant the Mahamrityunjaya mantra for various purposes, one is for the peace and prosperity of the family. Mahamrityunjaya mantra when chanted keeps peace in the mind of the people of the family. Their health is maintained, and able to move forward in life in various aspects. As we know, health is the greatest wealth. It is the first step in achieving each and everything in life. If it is present everything can be achieved while without it nothing can be achieved, and nothing will be worth it. If the family is healthy peace and prosperity buds from the family.