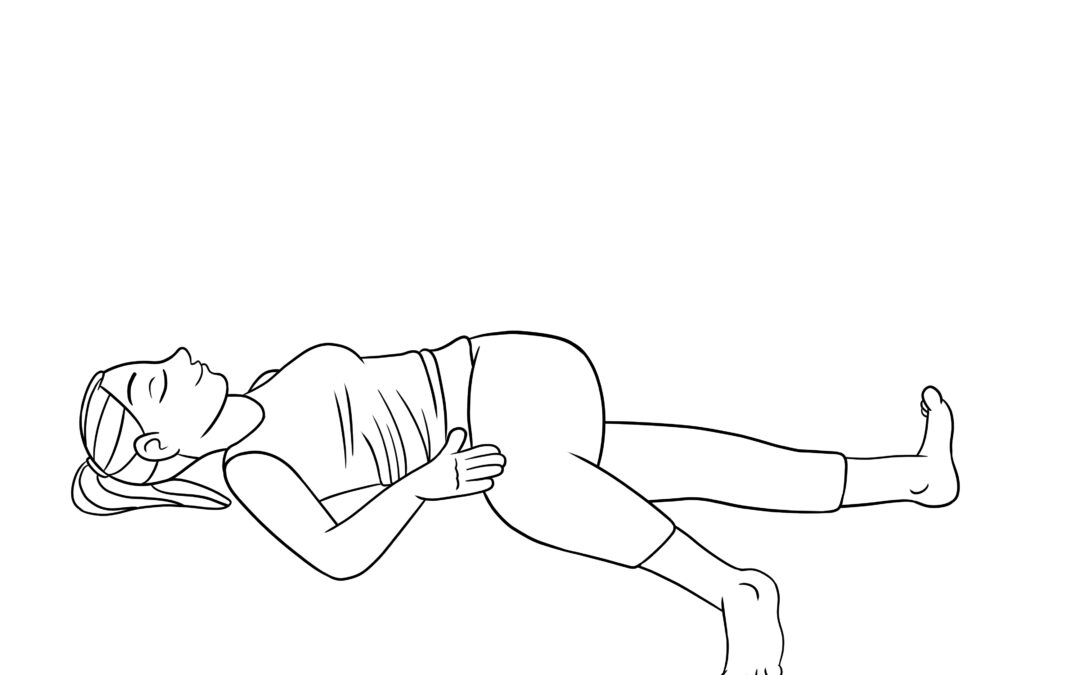 Yoga is extremely popular nowadays. Surf through the internet in detail or social media, there is a high chance a celebrity you are following, your friends, or someone you know has something in their timeline about yoga. Why is yoga so popular today? Where did it come from? There are lots of questions.

There are so many forms of yoga that you having no base knowledge just dived into the field. There is a certain chance that you are going to be overwhelmed. Many forms and techniques exist in various cultures and parts of the world. One of the popular and widely used forms of yoga is gentle yoga flow.

Yoga has been around for thousands of years. Looking at the history of yoga, it was invented thousands of years ago in the ancient kingdom of India. Which currently are present-day countries India and its neighbors like Nepal and others. The people of that region believe that yoga is not even human creation, it was a gift from the gods.

According, to Hindu mythology Shiva in the form of Aadi yoga gifted the knowledge of yoga to humans. The time when humans were new to the earth, and civilization was extremely ancient. A yogi appeared in the mountains; he was doing all the amazing things the like world had never seen before.

He meditated, stood, and performed amazing postures that were enchanting. The people demanded to know the knowledge from him. The yogi selected a few of them who were worthy to have such knowledge and passed his knowledge to them, who in turn taught yoga to the world.

Anciently Hindu texts and scriptures further elaborate the yoga as something quite different than what we see and imagine yoga as. Described by Mahadev in the Hindu scriptures, Yoga was something made to give moksha, liberation, and enlightenment to those who practiced it. Those who had truly mastered yoga as described by Mahadev would have gained the powers like the gods. Comparing it to the yoga we know and practice today, we only have barely scratched the surface of yoga and its true form.

Many times, have passed since the formation of yoga and in that time many variations of yoga have been formed. The process of creation of the variations is still not complete. Only taking about the late century many forms and types have been created basing it on the original yoga, that is how much diversified yoga has become.

Gentle yoga flow is the yoga practice in which gentle yoga postures are practiced simultaneously one after another. The series involves multiple postures in systematic orders, which are not difficult. Yoga postures are of various ranges, some are easy while some may be exceedingly difficult, some are even impossible to do immediately and needs years of constant practice and dedication that to under the supervision of the gurus. Gentle yoga flow is completely the opposite of that and only uses simple methods and postures to perform the yoga.

Somedays the body does not want to get into laborious postures. However, their gentle yoga flow to the rescue. They are exceptionally light and can be done to warm the body when you feel like you are just not into it today.

Gentle yoga flow is not the specific set of practices like other forms of yoga-like ashtanga yoga or others where one steps come after another, but it is a gentle sequence that awakens the body in various manners. Gentle yoga flow can also be practiced by people who are extremely ill and suffer from terminal diseases. If you can just move ok due to the illness of the body and feel that your body needs movement and little exercise then also gentle yoga flow can come to the rescue.

There are many gentle yoga flow sequences one can practice.

Warm-up is the first step of gentle yoga flow. No matter which sequence you are practicing warm-up is the first step. Warm-up opens the body and muscles to the moment. No matter it is yoga, gentle yoga, exercise, or other activities warm-up prepares the body for upcoming actions. Take a deep breath, and relax the muscles of the body with little gentle movements of the parts of the body. 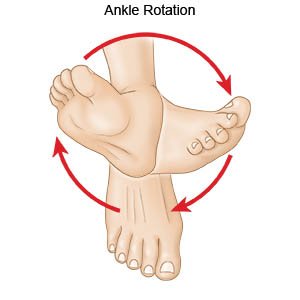 Seated ankle rotation is an amazingly simple step of gentle yoga flow. It activates the muscle of the foot and ankle area. To this step of gentle yoga flow, sit at 90 degrees with the ground and place the hands on either side of the hips. Get your breath in your control and settle down comfortably in this position. Now slowly begin the rotation of the ankle. First, rotate either one in the clockwise direction and then the anti-clockwise direction. Then same with other foot. Then finish by doing both feet at once. 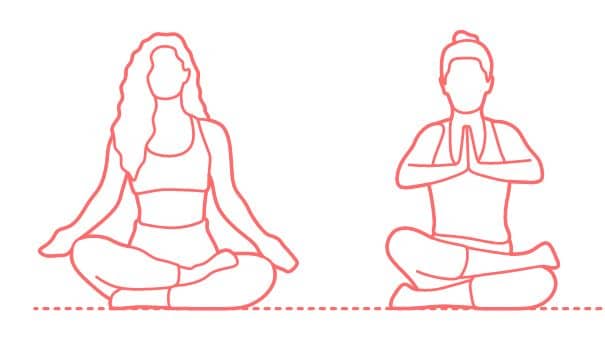 Cardle poses in gentle yoga flow are also done while sitting. So, reverting from the fire log also poses no need to stand it. Now, take a deep breath and lift your feet of either side by interlocking the fingers of both hands. The knee should be inside the elbow of the side of which side leg is raised and feet inside of the elbow of the other hand. Hold for few seconds and release it. Wait for few seconds and do the same with other feet and release it after few seconds.

Now to do the mountain pose you need to revert from the sitting position to that of the standing one. Now stand firmly on the ground then take a deep breath to start the mountain pose in a gentle yoga flow. Now, put your feet near each other. 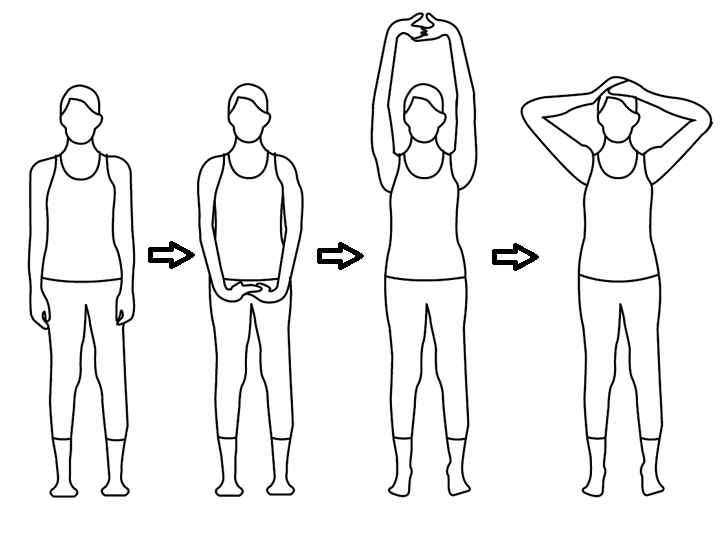 Then stand strong and straight facing forward, take a deep breath and flex your feet fingers. Now taking a deep breath gently lift your body from the ground only using the fingers and try to find balance on them. Hold on for few seconds and revert to the original standing position. 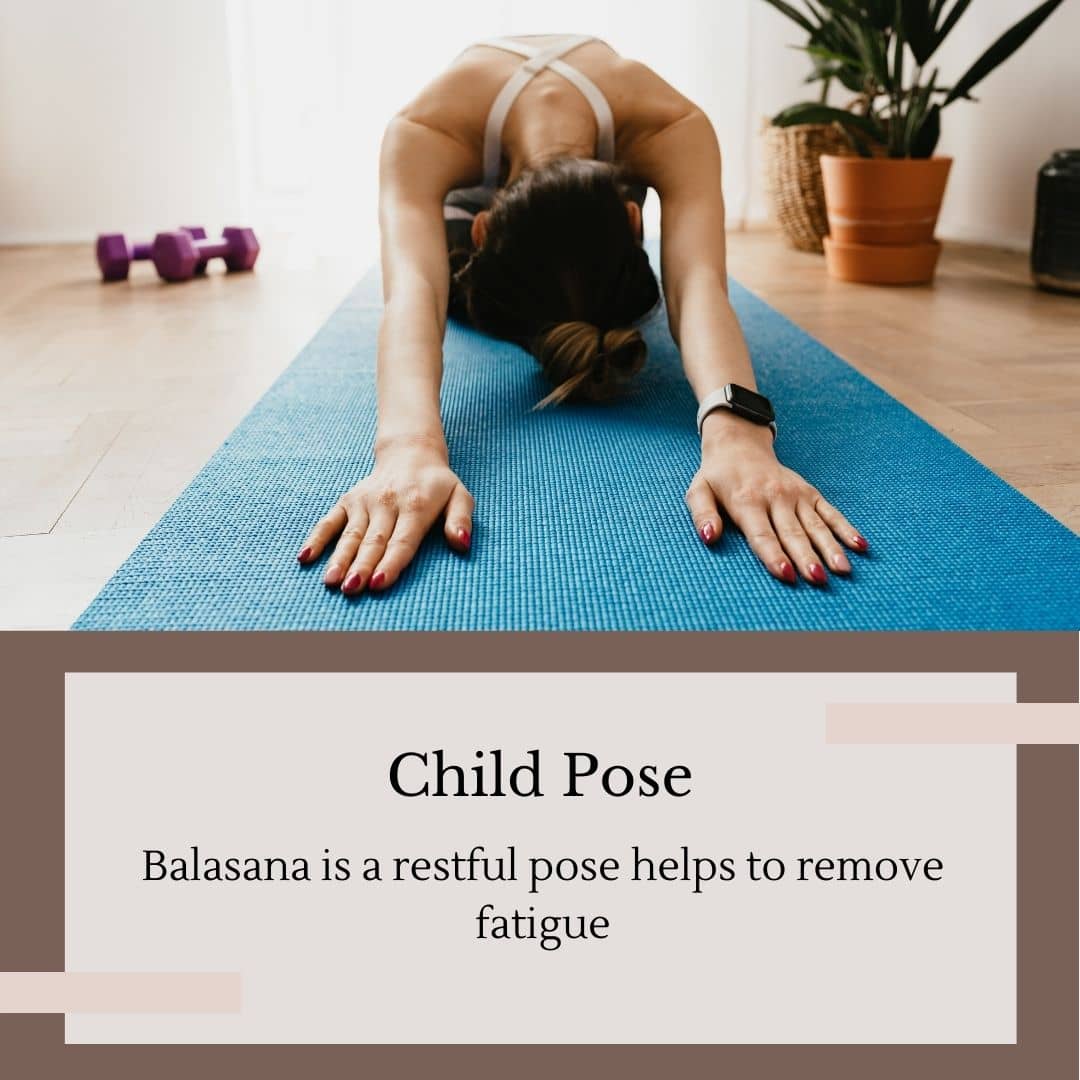 Now, grab the big toes of the feet with the same side of the hands by placing both hands in the middle of the knees. Then slowly open the arms to deepen the stretch. Now slowly bring the hand towards 90 degrees as much as you can holding the toes. There is no need to make the perfect angle but try to do so. Hold on for few moments and slowly let go of the posture.

At the beginning of the tabletop, the pose sits at 90 degrees with the ground. Then slowly get your palm of the hands to touch the ground by slowly tilting the body backward. Now, raise your body upside by pressing the ground from the palm of your hands. 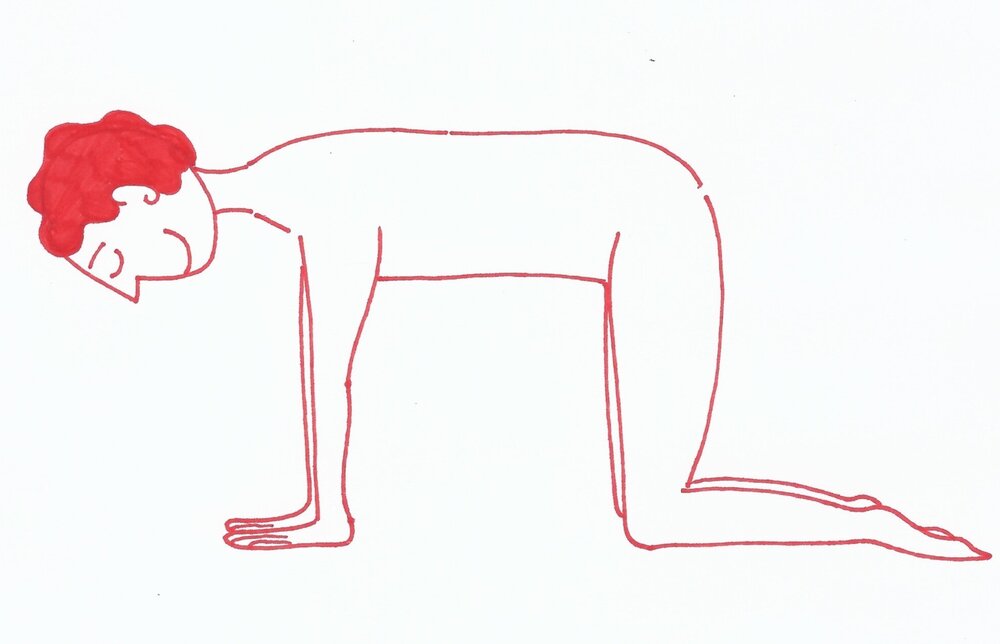 Out next pose in gentle yoga flow is the supine spinal twist. To do this pose we are going to revert from the tabletop position and lie on the ground from the backside. Now, slowly stretch your arm to shoulder level. Then bend your left knee and cross your left foot to the knee of the right leg. 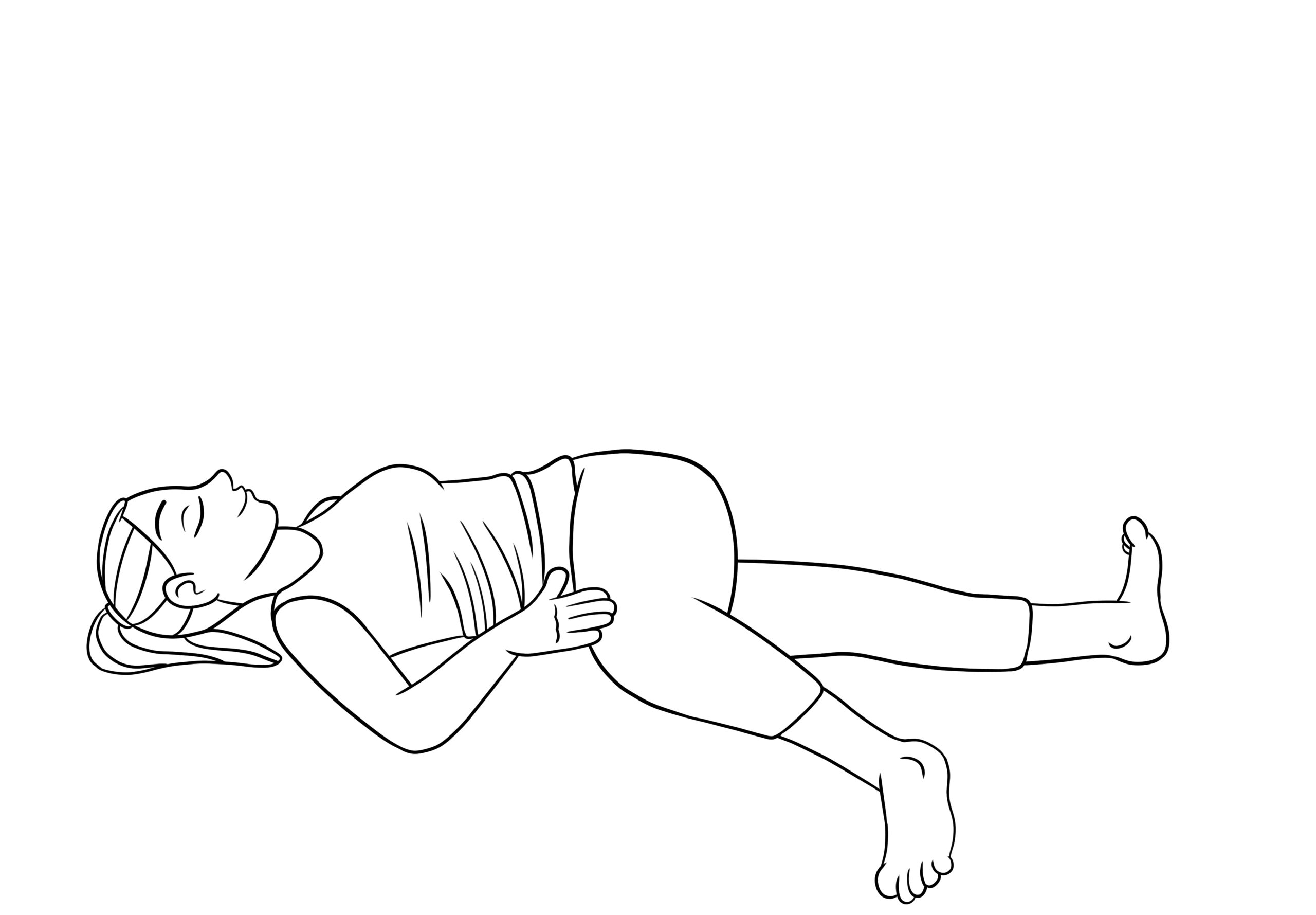 Slowly bend your entire body to the left side. If you find it hard to do, so use the left hand to slowly push the side of the body to the left. Now, look at the right side by slowly tilting the stretched hand to the head. Then, slowly revert to the original position lying on the ground. It is then time to do the same with another side of the body. Just like the other side cross the leg by bending the knee and go to a similar position and after holding for the moment revert to the original position.

There are many sequences on the internet also if you find it hard to create the sequence you can always get help from the internet. The above-mentioned sequence of the gentle yoga flow is also not concrete. You can remove few steps or add other few steps or even do it in other order you find comfortable.

The main objective of gentle yoga is to be simple. It is so simple that everyone who wants can immediately learn it and do it. The old people who want to do yoga but are weak, ill people who are weak can easily do gentle yoga and get the benefits. The steps are amazingly simple and require extraordinarily little energy. It is as easy and simple as moving the body parts in normal everyday movements.

Gentle yoga flow is amazingly simple so beginner people who are unable to perform the hard poses also can do this yoga. Beginners without a proper guide can be overwhelmed by advanced techniques and the high number of poses. It will be good for them if they stick to gentle yoga flow.

Fast and efficient is the nature of the gentle yoga flow. The steps are fast and simple. Somedays you do not want to do the hard poses. You are ill nothing wrong with you, just want to have light and easy experiences. If that happens then gentle yoga flow is for that day.

Immunity and over health

People have a tough time believing that gentle yoga flow also gives the same benefit on immunity and health as the other forms and techniques. This reason is based on the logic that how can something so easy and simple compared to the other forms of yoga can give the same number of benefits.

Looking at the surface it is true that the gentle yoga style is not active as other forms of yoga, however, it does not mean that it will not give the same benefits. The yoga that is included in the flow has special properties; they are designed so that they give maximum benefits at minimum effort.