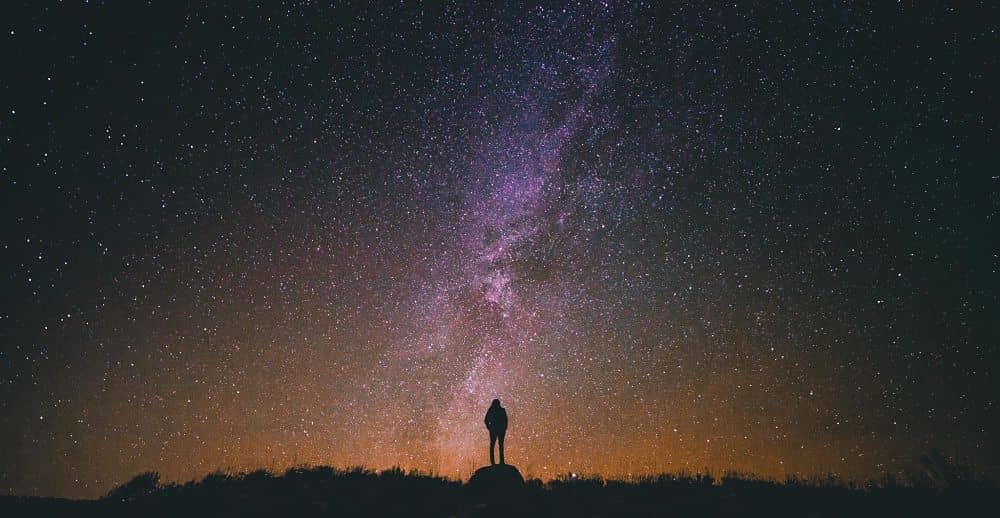 There are many types of energy in the universe. The law of conservation of energy states that the energy in the universe cannot be created nor be destroyed but can be converted from one form to another. There are many forms with which we interact every day. Even going to depth, we are running and alive through the presence and the coordinated interaction of several types of energy.

Cosmic energy, life energy, spiritual energy, mental energy is some of the various forms of energy around us. They are all part of the universe, and at the beginning of the universe, they were all the same. When the universe came into existence the massive energy that was the same converted itself into many types of energy, forms, and even matter itself.

What is Cosmic energy

Cosmic energy is the omnipresent force that is present everywhere in the universe. One can say it is the original force of the universe which then got converted into several types and forms of force, energy, and even matter itself.

One can even say that in simpler terms cosmic energy is the life energy of the universe itself. It is the energy that puts the planets in orbit, the energy by which the atoms convert into molecules, and molecules into materials. Everything that is happening around us large into the planetary level or in the minute scale of atoms and molecules all is happening through cosmic energy.

The question now when we arise after knowing what cosmic energy is, what has it got to do with us? The first is that it is the very thing we are made up of. All the energy and functions within us are the result of it. Just these statements prove the vitality of cosmic energy and give enough reason to know about it. However, there is another reason we should know about it.

How does cosmic energy work?

Cosmic energy is all around us. But there are only some who can feel the it and even fewer who can channel the true potential of the this energy through them. Only those who have attained enlightenment or moksha can take their connection to cosmic energy to its true potential. Or enhance their relationship or understand completely the very concept of cosmic form of energy to attain Moksha. Some say that both are the same thing whereas some say one is needed to attain others.

Whatever the case may be, when one restores their connection with cosmic energy, they become entirely different individuals. They even may achieve some abilities which seem worldly to the other individuals. The mythologies tell the story of the individuals who have attained Moksha. They can perform all sorts of abilities physical, mental, and spiritual which are far beyond the abilities of the average individual.

Cosmic energy is the very essence of the universe, those who can restore their connection with them can harness its energy. Thus, enhancing own abilities and understanding beyond the image itself.

Chakra means disk in Sanskrit. There are energy centers all around our bodies. Our bodies have energy flowing in all parts of our bodies, but these are the spots where the energy flow is higher and gets accumulated here. The energy acclimated here is in the shape of the disk hence the name chakra. Sanskrit, Ayurveda, and Meditation all say that the chakra centers around the body need to be in perfect condition, open and balanced for the human body to be in healthy condition.

There are believed to be 7 chakra centers in our body, that are aligned from the top of the head to the base of the backbone.

However, what can be the link between the universal omnipresent force and the energy centers of the human body?

The chakra system in the human body is the path through which cosmic energy moves in our body. The chakra centers are the spots where the energy gets accumulated.

The disturbed chakra not only affects the physical body but also affects the mental and spiritual body. Negative and harmful thoughts, distracted mind, low spiritual energy, low confidence, and courage are some of the things that happen when the chakra system gets imbalanced, disrupting the cosmic energy flow.

There are numerous ways to replenish or open the chakra centers in the body. They can be open, balanced, and regulated with natural techniques. The chakra centers when are at the healthiest make the body, mind, and soul healthiest.

How to receive cosmic energy through meditation?

Meditation is the process where one makes their body still and calm, focusing energy on a point or similar things. Meditation has been one of the most beneficial activities that humans perform. The practices of meditation have been so recognized by humans that civilizations of various times at different geography independently invented them. The most prominent users of meditation and meditative techniques are the Hindu and the Buddhist religion.

Meditation can be used in many ways, it is beneficial to the physical, mental, and spiritual body. It affects all pillars of our existence. Most people meditate to gain an advantage over either of these things or themselves. However, how does meditation enhance all three body types, what is the reason for it to be able to do so?

As we know meditation is a multidimensional field, but there is the core reason which makes it so. The reason is its ability to regulate the cosmic energy in the body. When we meditate and focus, our body is trying to enhance its connection to cosmic and its energy. Our physical body receives cosmic energy from our core and chakras. Our physical body receives it, grows from it but it cannot feel its presence. We constantly are getting it, but no one is aware of it.

The subtle body is the key to experiencing cosmic energy. Stilling the physical body tapping into the spiritual body is the first step to feeling the cosmic form of energy energy. Meditation is the first step that will take us to the first step of growing towards cosmic energy. There are various kinds of meditation with many types of benefits and ways to achieve many things. How much do the types all move towards the goal of enhancing the subtle body and spirituality of the one who practices it?

How to establish the connection to cosmic energy through breathing?

Breath is the life within us. We may live without food for weeks, days without water but we cannot remain alive more than a few minutes without breath. That is why beath is called pranvauy in Sanskrit. Pran meaning life and Vayu meaning air.

This is on the surface, diving deeper into what is happening from the energy point. We are continuously taking cosmic energy in the form of air into the body, and it is keeping us alive and our body functioning. It is done by everything that is alive. Not necessarily, they may be taking other things from nature like water for fiches. Yes, that is but they are taking cosmic energy in the form of water to function their body.

Pranayama is used to increase the efficiency of the body. What happens is people practice various techniques of pranayama to increase their power of breath, body functions, and even thinking. On the energy level, they are getting more cosmic energy from nature to the chakra points. The chakra points which get more energy can give more energy to the body parts and organs. This energy method not only can be used to get more energy but also can be used to heal the body itself. When the body gets the things, it needs to heal it starts to heal from inside.

Breath is the rope on which one can climb to the knowledge of cosmic energy. It is possible as it is the most active utilization of universal energy. If the body can take cosmic energy to the body in the form of breath the body is alive and when it cannot it dies.

How to raise cosmic energy?

If there is an abundance of cosmic energy within the body, why are you not feeling it? What are the methods that say that they will increase the cosmic energy flow within you? If we are already having the flow of abundant flow of cosmic energy naturally is the technique sham?

Yoga is another of many methods to enhance the cosmic energy through chakra of human body. As per the Hindu scriptures yoga in its pure form is so powerful that it can drive to moksha or enlightenment. When one achieves enlightenment, they also gain the absolute connection to cosmic energy itself.

External cleansing is also especially important to increase the efficiency of cosmic energy. maintaining a healthy and clean environment is the key. A healthy environment directly affects our psychology. It gives a positive and healthy mood, balancing the chakras and cosmic energy.

Living in awareness is another pillar of cosmic energy. Awareness in not only knowing the books, but the grand form of awareness is also the cosmic awareness, and one should aim for that level of awareness. Various key elements should be balanced for an individual to live in awareness. For example, the person who lives in awareness does not dwell in the events of the past, do not worry about what may happen in the future, he/she lives in the present and try to make the best out of the current scenario without worrying about what has happened or will happen.