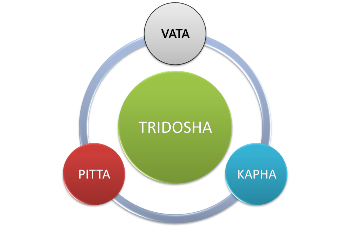 The Concept of Tri-Dosha- Basic principles of Energy

The Concept of Tri-Dosha

Tri-Dosha is the science of understanding our nature or our constitution. It defines three fundamental principles that govern the overall functions of our body and stables our emotional level. In other words, Tri-Dosha is a combination of three basic principles of energy or biological humor. The three components of Tri-Dosha are Vata, Pitta, and Kapha Dosha. The balance of all Tri-Dosha leads to a healthy and sound body while imbalance Tri-Dosha leads to the diseased condition.

In a healthy person balancing, the Tri-Dosha means to restore the original body type dosha combination, with a slight adjustment to suppress dominant dosha in the body. In a diseased condition, it means to bring back all the three doshas to normal proportions i.e. 33% each. However, because of the normal human diet and all other factors, it is almost impossible to maintain exactly 33% of each dosha. Its level always fluctuates.

* It is responsible for the movement of blood in blood vessels.

* It is responsible for the movement of the neck and all body parts.

* It helps in the movement of food and nutrients.

* It is responsible for the movement of eyeballs, hands, and legs.

Vata means the substance called air and is directly related to the element called air. Its presence provides a sensation to our body i.e. vibration and movement. It is a symbolic mobilizing agent for bodily energy.

* It is directly involved with digestion and metabolism.

* It controls the produced energy.

* It helps to maintain the body temperature.

* It confers stability and compactness.

* It confers lubrication, firmness of the joints.

* It is the cause for mental capacity to withstand or withhold emotions, strains, etc.

* It imbibes forgiveness quality in a person.

Kapha means mucous and is related to the element of water. It is a symbolic agent for the nutrient source of bodily energy.

The balance of all three senses of humor helps to improve your body condition and makes you healthy. Here are some keys that can help you to balance your doshas: 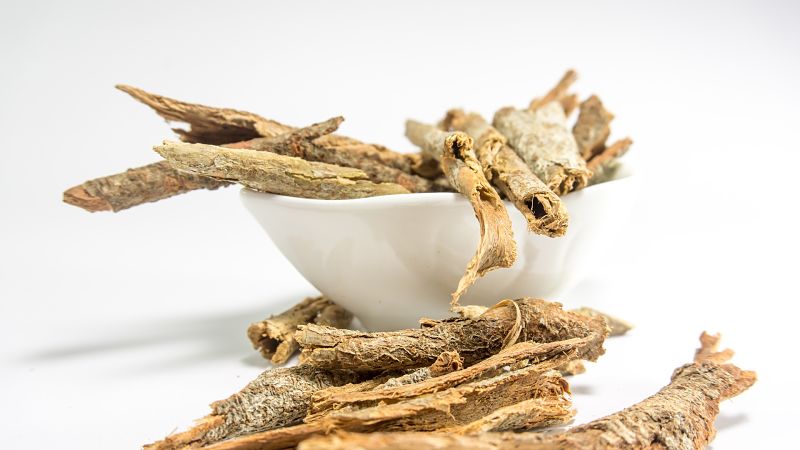 Ayurveda in Nepal has been developed since verities of the medicinal herb are found here. It has a glorious history in Ayurveda. Ayurvedic history is unknown when it was begun, so it is considered as eternal. Nepalese people have been using different types of vegetation as medicine from the unknown historical period for the diseases. Ayurvedic treatment was limited only in Nepal but more or less the treatment system prevailed in some other countries. However, Nepal has a vast relation with Ayurveda.

There are cure and treatment in Ayurveda for all types of diseases. They also work for prevention of the diseases and increase in immunity power. So, there is a great importance of Ayurveda. The fundamental of the Ayurvedic system is same from the ancient period till now. The same system works in all periods of time. All the people used to completely depend on Ayurveda for their health. Ayurveda was the source for each individual and each family.

Through the practical knowledge of the ancient people Vaidhya (ayurvedic doctor of past time), the process, theories, and philosophy has been texted as Ayurvedic literature.

Ayurveda teaches the ways of treatment in a natural way through herbal products as well as contains the names of all herbs, roots, trees, grass etc whichever has a meditational value. The origin of Ayurveda is the gift of Atharva Veda which mentions several diseases and their treatments. Later, there was systematic development in science from 6th to 7th century, it is called Samhita period. Many classical works were produced by a number of authors during the period.

Evidence of organized medical care is found during that period. The continuous development in the Ayurvedic system has reached an advanced level in Nepal. The geographical situation of Nepal i.e. it is situated at the lap of Himalayas; ayurvedic herbs and minerals are naturally found in a rich amount in Nepal. Nepal is inhabited place by the various loving caring prophet (rishi).

The regular study of Atharva Veda and continuous fervency to rescue the beings and elongate the lifespan creates Ayurveda.  About 5000 years before, there was a severe attack on India by some foreigners.

Some wise men suggested that valuable things can be safe in Nepal. Thus, in addition to Nepalese valuable Ayurvedic texts, the Indian valuable manuscripts were also kept safe in Nepal. Thus, Nepal is considered to be a safe and ideal place for the progress and development in Ayurveda. Nepal possesses a great potential in Ayurveda because of climate, geographical position, great Himalayas.

Nepal is a residential place of several seers, naturally, there is an expansive opportunity of Ayurveda in Nepal. Uncountable numbers of herbs which are found in Himalaya and mountains have given a glory in the field of Ayurveda. Among them, many unique medicinal herbs are never found in another land. Nepal is declared as the Ayurveda Kingdom as different ancient granthas and more than 1600 varieties of medicinal plants. Thus Ayurveda in Nepal is favorable.

As there found a great possibility of Ayurveda in Nepal, Ayurveda Education system is also developed. The ancient beginning of Ayurveda education started with Guru-Shishya (teacher-student) tradition. Some elders or other whoever had some knowledge about some diseases and ayurvedic treatment used to share their knowledge with common people.

People continued to exchange their knowledge about ayurvedic treatment among the people with each other. Teacher or guru, grandparents, parents and other elder people also gave the concepts of Ayurveda to students and children. This tradition was the major factor to continue the Ayurveda concept. Slowly, school, college and institution etc of Ayurveda in Nepal were established.

The great historic periods of Nepal like Malla period, Lichchhavi period, Shah period etc. were the important time for the development of Ayurveda. Some Nepali learned and disciple used to visit India to get Ayurveda knowledge from the experienced teacher, and sometimes to transfer their knowledge as well. Indians also used to come to Nepal for this purpose. Due to these activities Both Nepal and India got benefited sharing each-others’ knowledge.

History of Ayurveda In Nepal

For the development of Ayurveda in Nepal, Shri Tin Chandra Shamsher introduced a fund with two lakhs in 1971 B.S. for higher study of Nepali Ayurveda students in Nepal. In 1985 B.S., Ayurveda School was established in Naraveda School.   Three levels of Ayurveda education with two years duration each used to run in earlier years. The progress caused to change after 2009 B.S and some syllabi were updated as well.

Different courses like Ayurveda Madhyama, Ayurved Shastri, and Ayurvedacharya were started. By 2032 B.S. Ayurveda education was given from several books.

Along with theory class, the practical class was conducted at Bir Hospital and Ayurveda hospital. In 2029 B.S., under the Institute of I.O.M. Ayurveda School was changed into Ayurveda Campus. This was certificate level till 2048 B.S. Some colleges were added with the class called B.A.M.S. (Bachelor in Ayurvedic Medicine and Surgery). But they were closed.

However, the program B.A.M.S. continued in 2053 B.S. Another Ayurveda Program called Sahayak Ayurveda Karyakarta was launched in 2054B.S. Mahendra Sanskrit Bishow Bidhyalaya started certificate level. As an optional education, basic Ayurveda was started in class 9 and 10.

Ayurveda Health Policy-2052 B.S. was signed by Nepal Government with the emphasis on the establishment of National Institute of Ayurveda. Many Ayurveda pharmaceuticals were established in 2016/17 B.S. Many of them were for free distribution. After 2052 B.S., more than 110-145 types of Ayurveda medicine were manufactured. Singhadurbar Baidhyakhana has more than 350 years pride for Ayurvedic medicines.

Till this date, Ayurveda class in Nepal has been progressed. There are 291 Ayurveda Health Institution in Nepal. Central Ayurveda Hospital, Naradevi has departments like Internal Medicine (Kayachikitsa), Surgery (shalya), Pediatrics (Baal Roga), ENT + eye (shalakya), Gynecology (Stri Roga) and Acupuncture.  The development in Ayurveda in Nepal is continuing.  To join one month Ayurveda yoga detox course click here and to join the one week introductory yoga and Ayurveda yoga course click here

Ayurveda is the science of human medicine which has been practiced from more than 5,000 years ago in Nepal and India. It was invented by great sages. Ayurveda can eliminate the toxins in our body and help us to remain healthy. Ayurveda has two ways of healing one is to prevent us from the diseases and another is to cure our diseases. Ayurveda is the best healing technique for the chronic diseases. Where the medical science fails to heal the diseases, there can be the hope of Ayurveda. Nepal yoga teacher training and retreat center enables you to understand every aspect of Ayurveda.

Sushruta Samhita is the main scripture of Ayurveda. Sushruta was the name of a great yogi who was the son of great sage Vishvamitra according to Mahabharat, the great epic of Hindu philosophy. Sushruta was the father of Ayurvedic surgery. Sushruta Samhita is the book written by Sushruta which includes 184 chapters. He gives the detailed explanation of Ayurveda in the book. He describes 1,120 sicknesses in the human body. He gives the remedies of the diseases by 700 medicinal plants. 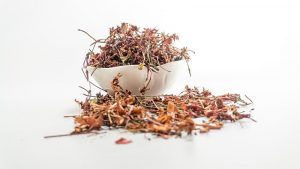 Ayurveda is the traditional medicine system of Nepal. Being rich in medicinal herbal, Nepal has the great possibility to be the best spot for Ayurveda in the world. Now, the knowledge of Ayurveda is emerging in all over the world. The study of Ayurveda becomes great scope. Nepal yoga teacher training and retreat center can add your happiness by enabling you to stay healthy life by Ayurveda class.

In the Himalayan part of Nepal, we can find rare herbs which are useful for many diseases. In the present context, there has been starting Ayurveda detox as a mainstream healing system. We can find that Ayurveda can heal many diseases which are incurable from allopathic medicine. Allopathic medicine has many side effects but Ayurveda doesn’t have such kind of side effects. Ayurveda focuses to heal the reason of the disease not the symptoms of the diseases. So, the healing of Ayurveda is very effective.

Ayurveda class focuses on healthy living, prevention of diseases and immune system enhancement. It is the science which saves you from the danger of the fearful diseases. If we follow some of the healthy lifestyle in our life, we will be secured by the coming threat of the diseases in our life. Ayurveda class tries to convince you that there is the way for the healthy life. So, Nepal yoga teacher training and retreat center is giving you the chance to learn about Ayurveda in the land of herbs.

It provides you with the complete package of Ayurveda class which can harmonize the body, mind, and spirit and keep you totally healthy. Here, an experienced Ayurvedic practitioners guide you with the full Ayurvedic activities like herbal medicine, diet, yoga, pranayama, meditation etc. Ayurveda is connected with every aspect of the eastern healing system.

The real healer of the diseases is inside us. We have to activate the inner power to heal the diseases to get the true health. Nepal yoga teacher training and retreat center helps you to find your inner health power and activate that power. Ayurveda class in Nepal yoga teacher training and retreat training center can be the great achievement in your life because the Ayurveda class gives you the precious gift of health in your life.

‘Health is wealth’ is a saying among the people because healthy life is the dream of every human being. We cannot be happy without being healthy so the first requirement for happy life is sound health. Ayurveda can be your means for your healthy and happy life. Nepal yoga teacher training and retreat center motivates you to stay happy in your life by providing you Ayurveda class.

Nepal is the country where Ayurveda has been practicing from ancient time. Now, Ayurveda becomes worldwide. The original place of Ayurveda is good for Ayurveda class so Nepal yoga teacher training and retreat center wants to revive the ancient knowledge for your complete health in Nepal.