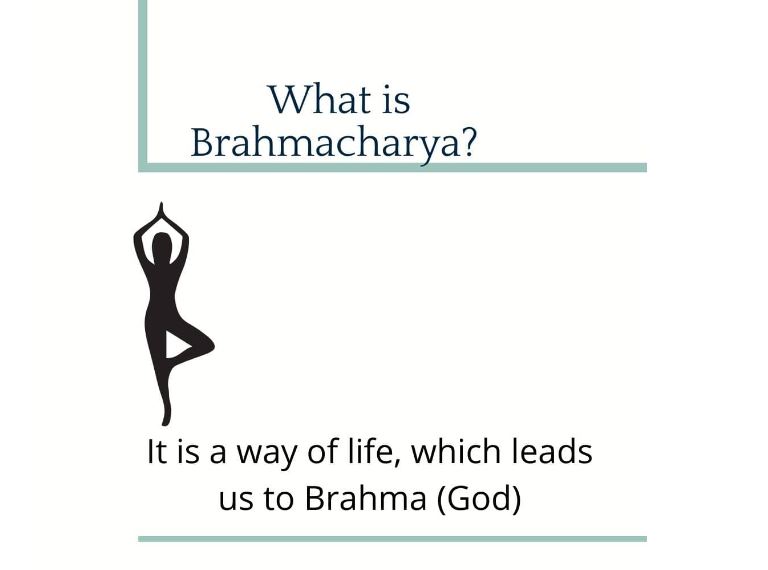 There are many techniques in Hindu scriptures, ancient books about increasing the efficiency of the person in mental, physical, or spiritual sector. Most of these techniques were used in ancient time to awaken something great within oneself. These techniques were special and needed extra dedication, and for people needed to go to extra length to achieve that. Most people were unable to do so, however few those who were able to do, became special among people. One such way is Brahmacharya.

The art of living in austerity, taking up vows and obeying the vows of Chasity for lifetime is called Brahmacharya and the person who follow the principle of Brahmacharya is called as Brahma Chari.

Hanuman, Parsuram, Bheeshma are the most notable people in the ancient time that has taken the vow of Bhram Acharya. All three of them kept their vow to preserve their Chasity for lifetime. Aside from Brahmacharya another common thing about them is that they were incredibly strong. They were so strong that even the gods at the heaven trembled in fear when, they had to cross path with them. Being born in mortal word with mortal parents, they rose to such heights that even the gods respected them.

Lord hanuman and lord Parsu ram are the Aasta Chiranjivi means, that they will be alive in this world till the end of time. Bheeshma was not completely immortal as the other two but he had the power to die only and only by his will. People from centuries had believed that the source of their unparallel strength and immortality is due to their Brahmacharya.

One of the greatest gifts the living organisms, have is their ability to reproduce. Living organisms either they are unicellular, multicellular, minute, or gigantic in size they tend to reproduce. By reproduction they keep producing their new ones and keep the cycle of life rotating in the world. The organism reproduces by various some can reproduce themselves, while some need the fusion of Purush and prakriti.

No matter the process and the type of organism, it is certain that to be able to produce a young one is the greatest of gift. The process of creating a new life is a very sacred process and requires a huge amount of cosmic energy. When the cosmic energy within an individual leaves the body via mating life is formed. This energy is extremely potent, if it were not potent forming of the life would have been impossible.

The energy may not be high immediately, however like each drop makes the ocean and each rupee one by one make crores. The energy collected and concentrated, through a prolonged period of time do wonders. They have enhanced physical strength to the peak, their cosmic conscious and awareness is awakened and much more.

The people following Brahmacharya should seek the company of the holy people, however they must be of the same sex. They should have similar interest, should have amassed vast amount of knowledge. Their spirituality should be intact, and their presence should inspire you to be intact in your vow.

It is the absolute rule that not just your body, but your mind must follow Brahmacharya. It means that your body cannot get involved into sexual matters during Brahmacharya, like wise your mind also cannot have those thoughts. Brahmacharya, extremely prohibits to have such impure thoughts.

The person who is following Brahmacharya, also cannot eat and sleep without following rules. The person firstly should not eat too much, but just the amount that is sufficient. They should also at any cost avoid the food that arouse the sexual desire within the person. Likewise, they should also avoid too much sleep. The right amount of sleep that keep the body functioning is particularly good. Too much sleep makes the body dull, Brahmachari’s body always need to be energetic and active.

The person who follows Brahmacharya need to know how to reject. They must know what is good and what is bad for their vow. If it aid’s their courage then they must accept that, otherwise reject it even from the thoughts. Be it painting, idol, talk, imagination that has the probability of giving birth to the sexual desire, the brahma Chari should reject that thing with its thoughts also.

Control over the mind

Mating and reproduction are encoded into their genes. They are biologically equipped to reproduce. It is extremely difficult and impossible for some individual to avoid it is thought also. However, the person who will be able to do it completely, must keep their mind at restriction and win over its thoughts. This enables the person to make their mind their slave, not the other way around.

The people practicing Brahmacharya become courageous and powerful. They get proficiency over their fear. The person who has mastered their fear become valiant, brave, and courageous. For these people there is nothing impossible to achieve in this world.

By channeling the reproductive energy which is designed to leave the body in the body itself, brahma Chari can boost their immunity. They can enhance their immunity to the amazing heights, they will be immune to the disease and be healthy.

By practicing Brahmacharya, the sense organs can be improved. The eyes will see better, the ears will hear better, the tongue will taste better. There will be another kind of glow in the skin. All the sense organ and body part will function at their maximum efficiency. Their performance height will be something you did not know was possible.

By practicing brahma charya, one can enhance their physical strength. The brahma Chari, that are mentioned in scriptures are said to have been exceptionally powerful. Ordinary people in mass number were unable to overpower them in battles.

Sometimes sexual matters are the matter of competition and clash. Is the root of those clash are removed from the life? The life will be calm and peaceful. This is the reason the yogi who practice brahmacharya are always calm and nothing bothers and agitates them. A calm mind and heart are the most powerful of things.

By excluding, lust, desire, competition, physical beauty from the thoughts and life. One can be immersed in the true joy of life. Knowledge, god, spirituality is pursued and achieved by the people who rejects desire, worldly matters, and lust.

Brahmacharya in the ancient Times and in present time

The practice of Brahmacharya has been around for ages. The practice was to be found also to be used by the people of Satya Yug, through scriptures and holy texts. Ancient people vowed Brahmacharya to achieve someone in life, to have a higher purpose or even to arise special power in the body.

However, there was a curious case of Bheeshma, where he took the oath neither to gain power nor for himself. Bheeshma took an oath to follow Brahmacharya, so that there will not be any type of struggle for the crown of Hastinapur. He also did not want his children in the future to wake up conflict against the throne, hence the vow. He was prince Devrat, before the vow. However, got the name Bheeshma for his dangerous and big oath.

The people of ancient time took the oath of Brahmacharya, and followed it till the end of their life. They not only by the motive of gaining something in life, awakening some special power within themselves took the oath. For the good of the world, to get something for the world, for their loved ones, to achieve knowledge, to pursue God were the main motive of people of the ancient time to vow for Brahmacharya.

Ancient time was the age of peace, devotion, God, truth, selflessness hence people were involved into Brahmacharya, meditation, mantra chanting for the better live of themselves and of the world.

Their main logic was, if they have family, children they must feed them, take care of them, and will be inclined the maya of the world. True knowledge, God, spirituality could not be obtained with getting involved into the family life. Hence, they instead of getting immersed into the world, they chose knowledge, truth, God and accepted Brahmacharya.

Brahmacharya now has been quite different than what it was in the past. As the time changed it also got affected. The rules of the Brahmacharya, are the same what it was in the past. However, the people who follow have definitely changed. We all know that this is the Yug of kail, it is filled with lust, desire, jealousy, and other harmful emotions. So, people face more difficulty than pervious Yug to get over their emotions and desires.

However, it is not also true that people are completely taken over by lust and desire and there are no one who follow Brahmacharya. There are those who have achieved it but are extremely selective in number.

Another problem here today is there are fake people who claim to practice Brahmacharya but could not achieve it completely. Most people today cannot achieve nor try to achieve it, few people pretend to have obtained it and extremely rare and selective people have achieved Brahmacharya at today’s age.