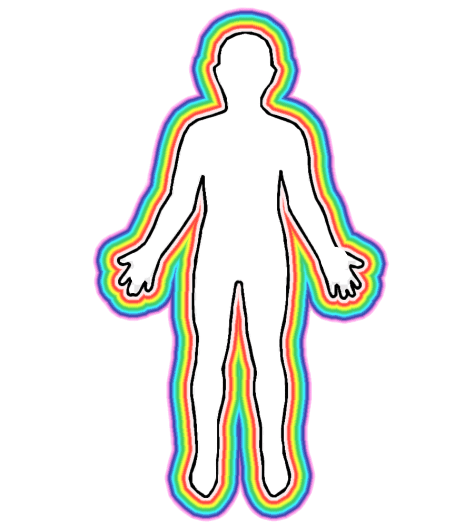 Many scientific journals have claimed that majority of the human body is made up of six major elements, namely they are Hydrogen, oxygen, carbon, nitrogen, phosphorus and calcium. While minority of the elements are potassium, sulphur, magnesium, chlorine and sodium. No matter which elements constitutes what proportions, they are the entire prerequisite to run our life. These elements along with others are responsible to create an energy field around human, which in spiritual term is called Aura.

The energy field that radiates from the human being is different from one another. The peculiarity of one field does not matches with another. Due to the idiosyncratic nature of the aura that each living organism carries, differ from one another. In spirituality, it is said that aura is constituted of neural thoughts, patterns and spiritual energies of the human body, which reverberates in certain frequency.

Aura is defined as “ A subtle, invisible sprit or fluid that arises from human and animal bodies and even inanimate things; it is cognitive, consisting of mind and body, as it is the electro-vital and at the same time an electro-mental aura, called in Theosophy the akasic or magnetic”.

In short, “Aura can be described as fine, out worldly radiation of the energy in the surrounding that each and every living organism forms which most of the times are peculiar from one another.” Just as the Electromagnetic fields are observed through the distinctive lenses, similarly, the Electromagnetic field also can be observed through the lenses of trained eyes. Many aura frantic have claimed of seeing auras and chakras vibrating in the certain energy, frequency, pulsing and sound.

The colour chart of the aura is given below:

The colour of root chakra is red; it lies at the base of the spine near the coccyx or caudal bone. The main meaning of root chakra is it represents the security and power base. The chakra can affect you to feel calm, safe and sound, secured and grounded. The spiritual significance shows that the root chakra is from where you are able to draw in energy, money, power and manifest your desires.

The colour of sacral chakra is orange. It is located just below your belly button. The chakra is responsible to control your feelings, thinking logically, emotions, expressions to stimulus and your whole body well-being.

The chakra is responsible to control your self-esteem, power and confidence. The colour of solar plexus chakra is yellow and it is located between naval and sternum.

The colour of heart chakra is green and it lies at the centre of chest. The heart chakra is responsible to receive and give love, compassion, expansion, empathy, power of healing, service to others and good health.

The chakra responsible to express yourself i.e. to communicate clearly is throat chakra. The colour of throat chakra is blue in colour and it is located at the base of your throat and expands up to the centre of your eyes.

The third eye is mystical in nature and is located at the centre of forehead between the eyebrows. The colour of third-eye chakra is indigo or purple.

Crown chakra is purple violet in colour. It is said that it lies above the head and does not lies on the body. The chakra is responsible to connecting you to your soul, higher self, purpose, the universe, source and the divine