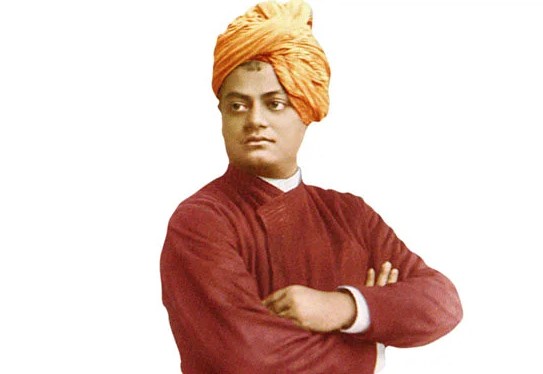 Vivekananda is one of the most popular and spiritual figures of modern times. His life, knowledge, travel, spirituality are examples and sources of teaching and inspiration to many. Vivekananda had a huge contribution to connecting Indian culture to the world. His ways of teaching and knowledge are still celebrated as much as was celebrated when he was alive. The most notable thing that Vivekananda had done was founding the Ramakrishna Ashram and making known the Indian ways, philosophies, and knowledge to the western world.

Vivekananda was born on January 12, 1863, in Kolkata, India to a Bengali family. He was born to his father Vishwa Nath Datta and his mother Bhubaneshori Devi. He was among the nine siblings of his family. His father Vishwanath Datta was an attorney at Kolkata (Calcutta) high court.

Vivekananda is the name he acquired later in life, when he was born, he was not Vivekananda he was named Narandranath Datta. His close one called him Naren or Narendra, as a nickname or shortened version which is quite common in families. Narendra was a very bright child and one extremely energetic one. He was known for how naughty he was and how troublesome he was for his mother. Even the naughtiness reflected his enthusiasm for life and the world.

His naughtiness was one fragment of his life, his other part was spirituality and devotion. From an exceedingly early age, he was immersed in meditation and was very fascinated by the life of the monks. He was to some level enchanted by the ascetic life and its ways. Grandfather of Narendranath (Vivekananda), also accepted monkhood and left to achieve true knowledge. He was just 25 at the time when he accepted the path of monkhood and ascetic life. Before exploring the life of monkhood, he was a Sanskrit scholar. It was fate or something else, but Narendra was also attracted to the life his grandfather choose.

The Father of Narendra himself was in a very respectable position in the community, with resources so it was not hard for Narendra to get academic education. Narendra was also very bright from an early age and was very fascinated with reading books and acquiring knowledge. Social science, arts, and religion were the major field of interest to him.

Ishwar Chandra Vidhyasagar was the school he went to until his family relocated to Raipur in 1977. Sometime later the family moved back to Kolkata. Aside from the academics, Narendra (Vivekananda) used to read a wide range of subjects, Ramayana, Mahabharat, Vedas, Geeta, Veda, Upashinads were all the fields of interest to him, and he loved to spend time with his books.

Aside from the religions, books, and findings of the Indian sub-continent, Narendra also was immersed in the western world and its findings and achievement. Charles Darwin, David Hume, Immanuel Kant, Baruch Spinoza, Auguste Comte, were some of the many people who Narendra studied in his life as a student. Narendra was immersed in the world of science as he was involved in the world of religion and devotion. In 1884 he completed his bachelor’s in the arts.

Narendra was sort of a prodigy from his childhood and possessed amazing memory and learning skills. When Narendra got of age these skills also developed and came to the peak as time passed. He always stood out among others due to his abilities, memory, and ability to understand the topics and circumstances. Some of his teachers and friends who were impressed by his abilities always believed he would later achieve wonderful things in his life.

ramkrishna Paramhans was the spiritual teacher of Vivekananda. He was a Hindu saint who was known for his austere life and teachings. He is one of the most prominent figures in the life of Swami Vivekananda. By his teachings and guidance, he walked the path of spirituality. Ramkrishna was born on Feb 18 1836 in West Bengal of India. Ramkrishna was immersed in spirituality and the religious world from an exceedingly early age. From childhood, he was inclined towards goddess Kali, Bhakti, Tantra, and the idea of Advaita Vedanta.

Ramkrishna was a truthful devotee of goddess kali and wanted to get her divine blessing. It is said that to get the blessing of goddess Kali, he meditated and worshipped her for days. He desperately wanted to get one vision of her and her blessing. Even after numerous attempts and many times, he remained unsuccessful. After this failure, he decided to end his life and moved towards the sword in the temple. At that moment he had the divine vision of the goddess.

Ramkrishna was born a Hindu and lived by the rules of Hinduism till his death on 16 August 1886. However, more than Hindu he was a true seeker and attempted to find and approach God from the perspectives of the other religions also. At a point in his life for some time, he practiced Christianity and Islam also and attempted to find the truth that way.

After his life devoted to learning about God and trying to approach God through various ways and religions, he concluded that “To realize God is the one goal in life.” He also said that the goal of Hinduism, Christianity, and Islam is to pursue the god, and they all move towards the same god using their ways and mediums.

Narendra (Vivekananda) met Ramkrishna in 1981 when he was exploring spirituality in his ways and was going to places which taught spirituality and means to attain it. At their first meeting, Ramkrishna asked Narendra to sing for him and was impressed by his singing.

That was the first meeting of the many meetings. Shortly after, Narendra starts to go to the place where Ramkrishna taught his findings and knowledge (Dakshineswar).

At the first phase of their student-teacher relationship, it was not the ideal one and Narendra (Vivekananda), challenged the views and teachings of Ramkrishna. There were many steps and views where Narendra simply said he could not agree with them. Narendra even rejected the idea of Advaita Vedanta and mocked the belief as ridiculous and hollow. Despite the mocking Ramkrishna always dealt with and answered the questions raised by Narendra with love and patience.

Time was passing like that, however, another turning point arose in the life of Vivekananda that established the true teacher-student relationship between Narendra and Ramkrishna. Narendra’s father passed in 1884, which led to the poor economic status of his family. The family which once was prosperous fell into the clutches of poor financial conditions then. Narendra was financially broken, and his spiritual journey was just beginning.

At that time Narendra was economically and emotionally in bad shape. Slowly due to the love and compassion of his teacher, he started exploring the teachings of his guru by heart and accepted him in his life as a teacher from his heart.

In 1886 Vivekananda lost his guru also, after two years losing his father. Ramkrishna was diagnosed with throat cancer in 1985. In his last hours, he was cared for by his students until he passed on August 16, 1886.

Narendra with other disciples of Ramkrishna located the new building for the students of Ramkrishna. They had to leave the old settlement due to the huge rent.

After getting on the building, Narendra went fast on his journey to become Vivekananda. He therewith other disciples started meditating, amassing knowledge, practicing rituals, and many more.

Vivekananda as the wandering monk

In 1888 Vivekananda practiced the life of the wandering monk. Wandering monk is practiced by many in various religions. What happens here is that the monk has no fixed place to stay, owns nothing, and sustains his body by holy begging. Vivekananda had only one pot for drinking water and had two books Geeta and The Imitation of Christ. He visited many places as a wandering monk.

Like this, he reached the heart of the people and gained knowledge from them. He got to know about the suffering of people, poverty, discrimination in society, and many more. However, on this journey he also got to learn many things as daily he met many people with many experiences and knowledge to share. He continued to live the life of the wandering monk for the next five years till 1893.

Dispersion of knowledge to the world by Vivekananda

Vivekananda after returning from his life as the wandering monk traveled the world dispersing the knowledge and the way of life he chooses. His first official international trip begun in 1993 when he visited various cities in Japan, Canada, and the USA. During his journey, due to his wisdom and knowledge, he impressed many. Harward Psychology professor William James even said that “That man simply wonders for oratorical power. He is an honor to humanity.”

Speech at Parliament of the world’s religion

On September 11, 1893, at the Art Institute of Chicago Vivekananda gave his speech regarding Hinduism and Religion representing India. After this speech, Vivekananda was given a two-minute standing ovation by the crowd there. The speech was regarded as one of the greatest dispersions of knowledge and spirituality. That day the world knew Vivekananda.

The world tour of Vivekananda that started in 1893 continued till 1897. During this time after the speech at parliaments of the world’s religion Vivekananda visited other countries and gave speeches there. He spent quite an amount of time in the USA alone visiting various cities and dispersing the knowledge to thousands. After leaving the USA he also went to the UK and taught many about his way of life and findings.

In 1899, after staying in India for two years he again went abroad. This time also he went to United Stater after staying some time in Uk. During his visits, he inaugurated various ashrams and meditation centers in various parts of the world. After leaving the USA, he went to Paris for the congress of religion in 1900. In Paris, he gave lectures about religion and Hinduism. This time his focus was Bhagwat Geeta and Shiva Linga.

Vivekananda after the congress of religion made few stops in some countries along the way, after finally returning to India in December 1900. At this point, the health of Vivekananda had started deteriorating at a very alarming rate. Due to his health condition, he was not able to attend the Congress of religion in 1901 in Japan. Asthma, Diabetes, and Chronic Insomnia were some of the conditions that were responsible for making his health worse day by day. Despite this he made some pilgrimage travels in some parts of the country.

Vivekananda died on 4 July 1902. He had prophesized that he would not live to see the age of 40 and the same happened. The cause of death was found to be the ruptured blood vessel in his brain. Vivekananda was not bedridden during the time of his death.

On July 4, 1902, Vivekananda woke up and performed his daily duties like meditation, worshipping, etc. like any other day. He performed his duties of the day also met some people and disciples. In the evening Vivekananda went to his room telling his students not to disturb him. Around 9 pm he was found dead by his students while meditating. According to his disciples and some people, he did not die but took Maha Samadhi thus transcending from this life.

It is more than a hundred years that Vivekananda has left this world, but his teachings will forever remain with us guiding the people towards the path of spirituality and awareness.