HOW TO PREVENT KNEE INJURIES DURING PRACTICE OF YOGA POSTURE 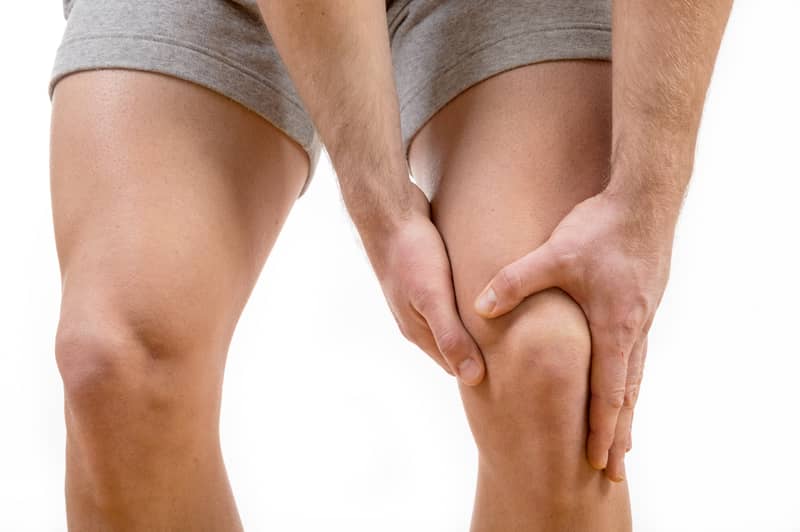 Knee is an important joint of our body. Not only for locomotion, knee joints play vital role when it comes to weight bearing. It won’t be uncommon to say that knee joint also tops the chart when we are talking about injuries in yoga. Here in this article we will be illuminating on the anatomy of knee, why they are prone to injuries and what preparations and modifications can help to prevent knee injuries during yoga practice.

Anatomy of the knee

Knee is a synovial joint made by the union of three bony structures – femur, tibia and patella. Femur is the long bone of the thigh. Tibia is the larger bone of the leg which you can notice superficially as the shin of your leg. Patella is simply the knee cap – the rounded structure which you can observe on the knee when you sit with legs fully extended.

The lower surface of femur and upper surface of tibia are provided with an extra layer of cushion called meniscus. The ACL an PCL are present between these menisci.

From the perspective of anatomy, knee joint can be considered as a vulnerable joint and hence we need to prevent knee injuries during yoga practice. The vulnerability comes due to its presence between two long and strong bones, femur and tibia. These two long bones can act as long levers which would mean more force can be generated with less effort and can be directed to knee from either parts. This very fact is actually helping us for locomotion but at the same time putting the knee at risk too.

Vulnerability increases when knees are involved in rotatory actions. You can notice easily that the knee is a kind of hinge joint i.e. joint permitted mainly for flexion and extension. Sideward movement of leg with respect to thigh and internal or external rotation at the level of knee is not observed in extended knee position. But when the knee is folded, both of these movements can be elicited.

Knee is not designed for such movements and hence asana practice that tends to rotate the knees are the ones that push knees towards injuries.

Most yoga practitioners complain of knee injuries while practicing the lotus pose/ padmasan group of asanas. For any normal observer trying to imitate the lotus pose, he/she will bring the foot directly over the opposite thigh. You can notice such attempt in actual is causing sideward movement of leg with respect to thigh which puts knee at risk.

Often for westerners who are not used to sit in cross-legged position find lotus pose difficult to perform. The main key for attaining the final lotus pose is hidden in the thigh muscles, specifically the lateral rotators.

Flexible lateral rotators aid in performance of lotus pose by putting knees at lower risk. When you sit in a cross-legged position and find your knees being lifted high from the ground, sometimes even crossing the hip level, then you should know that your lateral rotators muscles are not opened enough.

If you have restricted lateral rotators and you try to perform lotus pose, there is a high chance you are going to invite knee pain. thus prevent knee injuries while doing this, you should work out for opening of lateral rotators. Butterfly pose and remaining in Baddha Konasana with the support of wall behind can be effective measures to open up the lateral rotators.

As a part of adaptation for moderately lifted knees, you can put blocks below the lifted knees while doing lotus. If the knees are lifted above the hip level, perform cross-legged position by sitting on a block so that the gap between the knees and the ground is decreased.

Other asana like in Mandukasana (Frog Pose), the foot and leg are oriented at 90 degrees, this brings the rotatory movement at the level of knee. If your groin is tight and you are not being able to lower down your torso in the frog pose, it’s better to angle the foot inwards rather than sideward, for the sake of knee safety or to prevent knee injuries.

Similarly, in Trianga Mukha Ekpada Paschimottanasana, the toe, ankle and knee should be in the same line. Moving the foot sideward in the folded leg would cause rotatory movement at knee and hence could lead to knee injuries.

Janushirsana is another asana where knee of the folded leg can undergo rotation if the lateral rotators are not opened enough. The rotation at knee can be reduced to some degree by bringing the foot of folded leg to the groin region instead of pressing against the opposite thigh which help to prevent knee injuries.

From these facts we can notice that the issues with knees originate from somewhere else, especially the hips. So basically HIP OPENERS exercises are highly recommended for safety of knee and to prevent knee injuries. Being aware of sensation around the knees helps us to recognize our own faulty practice. One should stop in such instances and should review how poses were being performed and apply modification that can make it feasible and safe. In case you have problem in Knee, you need to follow the specific yoga therapy for knee pain.