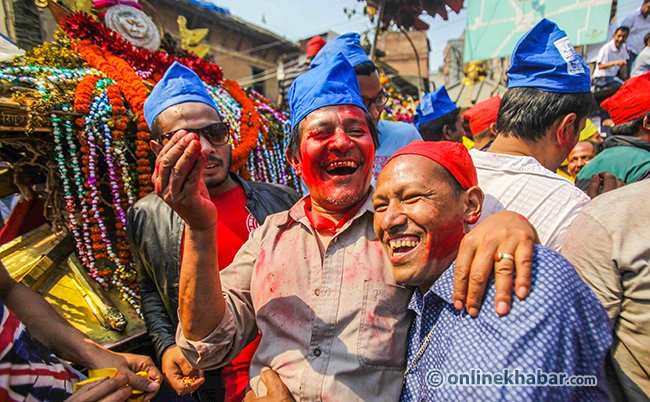 Nepal is a country of various religions. The country located in the southern part of Asia is known for its culture, history, art, and religion. Festival in Nepal is celebrated for the entire year as there are various of them. Also, the country has various religions so more than one type of religion is celebrated here. Dashain and Tihar are the major festivals that are celebrated by most people as the country has the greatest number of Hindus. Other festivals like Losar, Buddha Jayanti, Christmas, and Eid are also celebrated as a significant number of people of other religions also live in Nepal.

Festivals are the traditions and rituals that have been passed to us by our ancestors. Some of the festivals are only hundreds of years old while some have been celebrated for thousands of years. Every culture and civilization have its own culture and festivals which they celebrate on a specific day of the year. Mainly the festivals include the birth of their deity or the founder or the celebration of the specific day or victory that has occurred on this day.

Each culture and religion have a specific way to celebrate their gods and religion. Some just pray while some give offering while some religions also give the sacrifice of an animal.

81.3% of the total population of Nepal are Hindu peoples so the majority of the festivals that are celebrated in Nepal are Hindu festivals. However, it does not mean that Nepal does not celebrate other festivals than Hindu festivals. After Hindu, the highest percentage of another religion found in Nepal is 9.4% and their festivals are also celebrated across the country on the various day of the entire year. The population of people who belong to other religions is few in numbers comparing Hinduism and Buddhism, but a holiday is also given on some of the other festivals like Eid, Christmas acknowledging their religion and festivals.

Dashain is the biggest festival in Nepal. It is celebrated by the entire Hindu community but is regarded as the main festival of Hindu peoples. It lasts for an entire 10 days. In the 9 days, various forms of goddess Durga are worshipped and on the 10th day, the festival ends with a huge celebration. There are various myths about the celebration of Dashain.

In ancient times, when the battle of Ramayana took place Lord Ram worshipped 9 goddesses of power to give him the power to fight the demon, Ravana. After worshipping the 9 incarnations of goddess Durga and gaining her blessing Lord Ram killed Ravan on the 10th day. To celebrate Dashain, also people worship the 9 forms of Durga for the nine days and on the 10th, day celebrate the victory of good over bad by taking the blessings and tika from their elders and respected ones.

This festival in Nepal has the longest holiday for the celebration of festivals in Nepal. The schools give about 15 days holiday for the celebration of this festival in Nepal. While the government holiday is about 6 days from the day of phulpati to the next day of Dashami. A few years ago, the government holiday was also about 10 days, but the holiday was shortened a few years back.

Thie festival in Nepal is celebrated by playing swings, flying kites, wearing new clothes, and visiting the various temples of goddesses. It is said that during the nautartha (9 days of Dashain) the temples are filled with extra energy and power, so people visit to get the blessing from the goddess.

Tihar is the festival of prosperity, well-being, and success. The festival is for 5 days, and the holiday is for about 3 to 4 days. Generally, the two days of the festival, Kaag Tihar and Kukur Tihar do not have holidays and from that day onwards there is a holiday. This festival of Nepal is not only celebrated in Nepal but all the Hindu people across the globe celebrate it. In India also it is celebrated with great joy.

Tihar is the festival of lights so from the 1st day of Tihar the houses are cleaned and decorated with flowers also lights are put all around the house for this special celebration. The entire country looks different in the time of Tihar as the night becomes colorful with various beautiful colorful lights. After kaag and Kukur Tihar, there is Laxmi pooja where goddess Laxmi is worshipped for wealth and prosperity. After Laxmi pooja, the next Tihar is cow Tihar and Goverdan Tihar where ox is worshipped. Then the next day is the final day of Tihar. On this day sisters worship their brothers and are called Bhai Tika or Bhai Tihar. This day also concludes this festival of Nepal.

Maha Shiva Ratri is another important festival of Nepal. It is the night of lord shiva and people celebrate it with various rituals and doing many things. Unlike the other big festivals in Nepal Shivaratri is only celebrated for the day. From the morning of Shiva Ratri people after cleaning their bodies by bathing visit various temples of Lord Shiva. The temples of Lord Shiva are decorated with lights and flowers for the celebration of Shiva Ratri.

Teej is the festival of women, this festival in Nepal celebrates womanhood and being a woman. Unlike the other festival in Nepal, Teej is considered only the festival of Nepal. Some companies and offices also only grant holidays to women to celebrate, and men have to go to work like any other day. In teej women fast for the entire day. This fast is believed to be the most difficult one as some women fast without drinking water for the entire day. This festival in Nepal is celebrated by married women for the long life of their husbands, the peace and prosperity of the family.

While unmarried and about to be married women fast during this festival to bet better partners for their life. The first day of Teej is Daar day where before midnight women feast on tasty dishes and sweets to prepare themselves for the fast of the entire day tomorrow. The next day is the day of fasting, which is celebrated by visiting various temples of Lord Shiva and singing prayers. Then the next day is Rishi Panchami where various puja and rituals are done to end teej of this year. After three days this festival in Nepal is completed.

Nepal is the birthplace of Lord Buddha who is also the founder of Buddhism. Lord Buddha was born as Prince Siddhartha in Nepal. After leaving his life as the prince of the kingdom founded the path of non-violence which later developed into a religion of its own. The discipline and path that was discovered by the lord are still walked by millions. Buddha Jayanti festival in Nepal is celebrated to remember Buddha and his teachings. It is believed that on the day of Buddha Jayanti Lord Buddha was born to Kind Shuddhodan and queen Mayadevi.

Buddha Jayanti festival in Nepal is celebrated by teaching the teachings of Buddhism. People do not eat nonveg for the day and practice meditation and peaceful activities. The followers of Buddhism wear while clothes and distribute food and clothes to the needy peoples. People also visit various monasteries and the birthplace of Lord Buddha in Lumbini.

Janai Purnima is the day of purity and security. People celebrate this festival in Nepal by doing various activities. In the early morning, people wake and take a bath to make their bodies pure. On the previous day of Janai, Purnima people eat only one time and take a half-day fast. On the one-time food also, they only eat pure foods like fruits and similar things. Then the next day in the morning they change Janai which is given to them by the puret (holy people who perform mantra chanting, puja, and various rituals).

Janai is the holy thread which the Hindu people wear around their bodies. From the day of Bartabandha, they have to wear it for their lifetime. After changing Janai, on this festival in Nepal people wear Doro (A special mantra chanted thread the is worn around the wrist). It is either bound by puret or by the sisters. This day is also called Raksha Bandhan. This festival in Nepal is celebrated by eating quati (Quati is the mixture of 9 types of grain seeds that are eaten after they germinate). It is a very healthy food that people eat at this festival. On this day people also visit Gosainkunda to take a bath and change their Janai.

Both Indra Jatra and the famous Kumari Jatra take here. People in the masses walk around the streets of Kathmandu. On the street, various dances are presented. People dress up as gods and demons and their clash and struggle are shown in the form of dance and art. This festival in Nepal lasts for 8 total days.

Hari Bodhani Ekadeshi is the end of chaturmasha. It is believed that on this day Lord Vishnu wakes up from his sleep. At this festival in Nepal Tulsi (Basil plant) is also married to Lord Vishnu. Tulsi is decorated and for the puja, people fast without eating food for the entire day. In the Kathmandu valley on this day, people specially visit chaar Naran. Chaar Naran are the four temples of Lord Vishnu that are located in various parts of Kathmandu valley. Changu Narayan, Bishankhu Narayan, Sesh Narayan and Ichangu Narayan.

It is also believed that the four Narayan’s across Kathmandu valley are brothers in relation. Some people even visit 4 of them on the same day. There are huge crowds of people at these locations at this festival in Nepal. Also, the devotee who cannot go to these temples pays their offering and worship on the other temples of Lord Vishnu.

Swasthani Purnima is the end day of this month and the day when the Swasthani book and its story are completed. People also fast on this day and visit various temples of Lord Shiva. Shalinadi on the corner of Kathmandu valley is famous in Swasthani month as it is one of the real locations that is mentioned in the book. On this day people go to the Mahadev temple and worship. Also, the last chapter of the book is read and closed till the beginning of Swasthani next year.